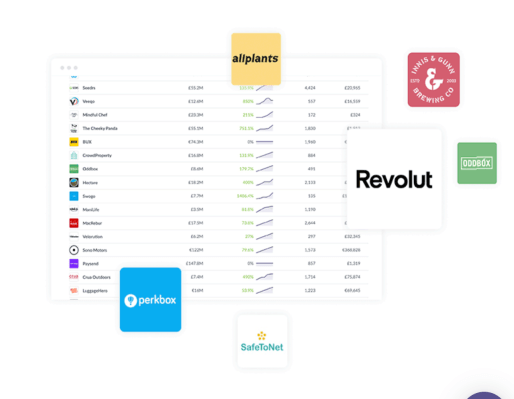 Seedrs — the UK’s first full-function private equity secondary market to launch back in 2017 — is launching its secondary market offering to all private businesses. The idea is that this will allow founders, employees and early investors to realize secondary liquidity without having to wait for an IPO or exit event. Seedrs has offered secondary shares on its platform for the last three years, but previously this was only open to those already working directly with Seedrs .

Investors will now be able to list their shares directly on the Secondary Market in a “direct listing” and sell to the Seedrs investor network; sell their shares via a “secondary campaign” to a community of customers and existing shareholders, or sell via a “private listing” and access the Seedrs network of institutional investors and funds.

To date, Seedrs has raised a total of $40 million in funding from investors, including Augmentum Fintech and Schroders plc (formerly Woodford Investment Management). The platform’s most notable exits include Pod Point, Wealthify, and FreeAgent .

Prior to this opening up, the Seedrs Secondary Market was running at 22,000 secondary transactions and has been averaging £500k/month in secondary trades over the last 6 months. In 2020, Revolut shareholders sold over £1.5m in shares at a 598% average profit on the market. The Secondary Market service has now added dynamic pricing to allow shares to be sold at price premiums and discounts.

Earlier this year Seedrs and Capdesk created a joint initiative whereby any business listed on Capdesk could sell shares and adjust the cap table via Seedrs marketplace.

Jeff Kelisky, CEO at Seedrs said in addition to primary raises, the company is adding 30 new companies to the Secondary Market every month.

“Access to secondary liquidity is increasingly critical in the private company investment ecosystem, especially in the current climate, where we are seeing businesses staying private for longer. As we build out our full-scale marketplace for private equity investment, we see secondaries in private businesses as an essential and expected ingredient in the investment journey,” he said.

During the COVID-19 pandemic, Seeds says it has seen an increased demand from investors wanting to use the Secondary Market and fielded more inquiries from private businesses and their shareholders wanting to access it.

Online child safety startup SafeToNet, has been the first to launch its secondary campaign. It secured a £2.5M primary funding round from 150 investors, followed by an additional £300,000 in secondaries made available from its founders and employees.

In a statement Richard Pursey, co-Founder of SafeToNet said: “We were delighted after hitting our £2.5M fundraising target so quickly, to be able to offer more investors a chance to join our community via a secondary share sale. It’s really important for us to provide an exit opportunity to some of our existing shareholders, while also continuing the growth journey of SafeToNet as an independent business. This has also been a great way for us to welcome new investors on board, building up our customer community with passionate brand advocates, without having to part with any additional equity.”

Speaking exclusively, co-founder and Chairman Jeff Lynn told Techcrunch: “It’s something we’ve been working on for a while. We were letting people do secondary trading off the back of campaigns where we’d already done the primary. Now we’re starting to work with companies that haven’t done anything with us, to help facilitate secondaries for some of their early investors and employees. The demand and interest has been super high.”

“I think it’s probably indicative of the evolution ecosystem as we now get to the point where a lot of that wave of tech businesses that were funded the first part of 2010 are still growing, doing well, but not necessarily an IPO, so there’s a lot of desire for early investors to get some liquidity and we’re trying to offer that.”

He noted that competitor Crowdcube has been helping companies facilitate secondary offerings, but that Seedrs was also doing direct listings on the secondary market, “so we’re allowing investors from companies to come in and simply sell shares directly through the secondary market without ever doing the full campaign. And we’re also baking it into our institutional product. So bringing, bringing secondary offerings into what we call our anchor investor service, which allows a puts deals in front of a range of about 350 institutional quasi-institutional investors.”