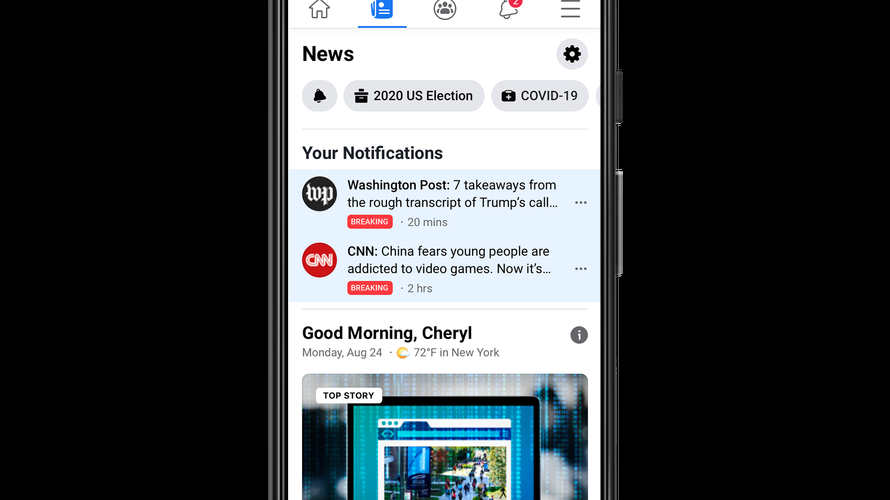 Facebook, which launched Facebook News in the US last year, is set to roll it out in a few other countries, including India.

More importantly from the point of view of the beleaguered Indian news outlets, Facebook will pay local news publishers to make their “content” available under ‘Facebook News’.

Quite simply, Facebook News is a product (and a tab within Facebook) aimed at helping news media drive better monetisation.

It was launched in the US last year, and will soon arrive in the UK, Germany, France, Brazil, and India within the next six months to a year, the company announced.

Campbell Brown, VP, Global News Partnerships at Facebook, in a blog said, “we’ll work closely with news partners in each country to tailor the experience and test ways to deliver a valuable experience for people while also honouring publishers’ business models.”

Facebook News had said at its launch that it is a personalised destination for news within Facebook. It allows users to hide articles, publishers, and sections they’re not interested in for a better news experience. It also helps them discover new topics and stories based on their specific reading, sharing, and following patterns.

Interestingly, just the other day, Google announced a news-content licensing program to “pay publishers for high-quality content for a new news experience launching later this year.”

FB under scrutiny in India

Facebook said that over 95% of the traffic Facebook News delivers to publishers is incremental to the traffic they already get from News Feed.

Facebook is going through an interesting phase in India. It has gotten into one of the biggest deals with Jio Platforms, and that has set the market tizzy.

Aside from the business side, Facebook is under scrutiny in India with allegations that it sided with the ruling party politicos on its platform with regard to some polarising content.

Facebook had responded by saying that it has removed and will continue to remove content posted by public figures in India which violate its community standards.

Ajit Mohan, Vice President and Managing Director, Facebook India, has been quoted as saying, that Facebook has always been an open, transparent and non-partisan platform where people can express themselves freely.

“Over the last few days, we have been accused of bias in the way we enforce our policies. We take the allegations of bias incredibly seriously, and want to make it clear that we denounce hate and bigotry in any form,” Mohan said.