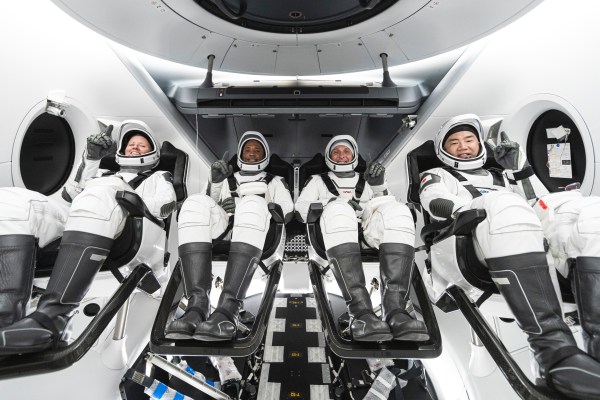 NASA and SpaceX have set a specific target date for Crew-1, the first operational crewed mission for SpaceX’s Crew Dragon spacecraft. Crew-1 will carry astronauts Shannon Walker, Victor Glover, Mike Hopkins and Soichi Noguchi to the International Space Station, and will mark the first regular service mission of the Dragon spacecraft following its certification at the conclusion of its development and testing program.

Crew Dragon’s final major milestone in that process was Demo-2, the mission launched on May 30 with astronauts Bob Behnken and Doug Hurley on board. While Hurley and Behnken completed that mission with a successful return to Earth earlier this month, that was still technically part of the qualification process for Crew Dragon and for SpaceX’s Falcon 9 rocket, in order to certify it for human spaceflight so that it could begin regular mission operations — which kick off with Crew-1.

NASA says the late October date (it had earlier discussed a late September time frame as a possibility) is to allow for the upcoming Soyuz spacecraft traffic from Russia to the ISS, as well as the departure of the current Space Station crew at the end of their current rotation. It’s also still pending a full review of the data and qualification criteria of Crew Dragon and the Demo-2 mission, which definitely appears to have gone pretty much exactly to plan, but which still will be examined under a microscope by NASA and SpaceX staff to ensure that was indeed the case.

If this data review goes well, and Crew-1 flies in October, then Crew-2 should take place next spring, bringing up four more astronauts to relieve the Crew-1 astronauts for another tour of science and Space Station operations.