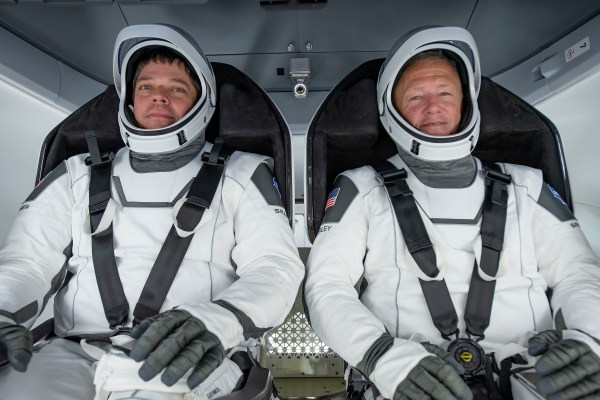 SpaceX and NASA are now in the final stages of preparation for the conclusion of its Demo-2 Crew Dragon mission, which will see astronauts Bob Behnken and Doug Hurley depart the International Space Station and return to Earth. Behnken and Hurley launched aboard the Crew Dragon, SpaceX’s first human spacecraft, on May 30 and have been working as part of the Station’s crew since then.

The Crew Dragon is set to depart from the ISS at 7:34 PM EDT (4:34 PM PDT) tonight, but NASA is planning a day of related coverage including a live official departure ceremony that starts at 9:10 AM EDT and that involves Behnken and Hurley officially saying goodbye to their ISS crewmates before climbing into the capsule to close it up and prep for departure. The capsule is then set to make the multi-hour trip back to Earth and splash down in the Atlantic Ocean at around 2:42 PM EDT (11:42 AM PDT) tomorrow.

There are potential complicating factors to be aware of – most notably Hurricane Isaias, which could impact the availability of suitable landing sites in the ocean, where recovery crews have to be able to safely rendezvous with the capsule to pick up Hurley and Behnken. Currently, weather is a go for the mission, but we’ll provide an update if that changes.