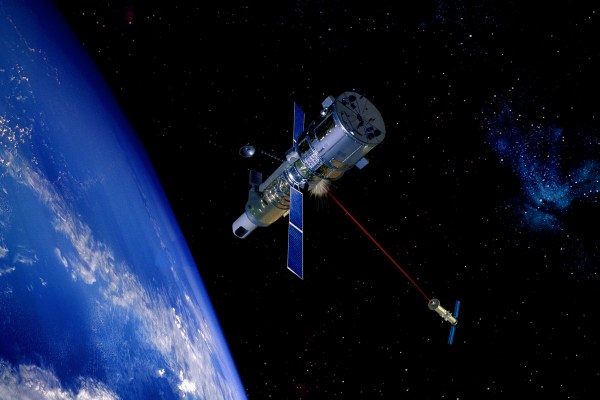 The U.S. Space Command has released details about an alleged anti-satellite weapons test it suspects Russian of conducting using an existing probe already on orbit, The Verge reports. The Russian satellite in question is the same one that made headlines back at the beginning of 2020 when it seemed to be tailing an existing orbital U.S. spy satellite. That same spacecraft appears to have deployed some kind of projectile according to Space Command, which monitors objects currently in orbit around Earth.

General John Raymond of U.S. Space Command told the Verge that this represents “further evidence of Russia’s continuing efforts to develop and test space-based systems,” and pursing a strategy that could put U.S. and allied in-space assets at risk.

The militarization of space isn’t new, and parties on all sides have been pursuing development of both offensive and defensive in-space weapons technologies. One of the biggest potential risks lies in weapons that, like this one in theory, could be deployed from satellites to destroy others — potentially disabling key ground communications, intelligence or observation space-based infrastructure that is used to support command and control operations on terrestrial battlegrounds and in the defense or observation of key military assets.

Russia isn’t the only global power unnerving the U.S. when it comes to the militarization of space: An April test by India saw that nation demonstrate a ground-to-orbit anti-satellite missile system, which NASA’s Administrator denied as being “not compatible with human spaceflight.” India is hardly the first country to demonstrate this kind of capability, however, as the U.S., China and Russian have all performed similar tests.

The growing risk of orbit-to-orbit offensive weapons has had a dramatic effect on how militaries, including that of the U.S., have changed priorities for in-space assets. For instance, the Department of Defense and other U.S. defense and intelligence agencies appear to be shifting focus away from the large, geosynchronous satellites that were massively costly and relatively unique upon which they used to rely, and toward smaller, more nimble satellites that might operate in low Earth orbit and consist of constellations with built-in redundancy. They’ve also been actively funding the development of commercial small-scale launcher startups, which can offer more responsive orbital launch services even than SpaceX and other existing providers.

While there are obviously many vocal detractors regarding the militarization of space, the fact remains that it’s an area where a number of global superpowers have spent billions, since the potential tactical advantage it provides is immense. Based on the increasing frequency and more public nature of tests like this one, it’s a segment where the U.S. in particular will be only too happy to look for support from the private sector, including technology startups, that can provide creative and advanced solutions.