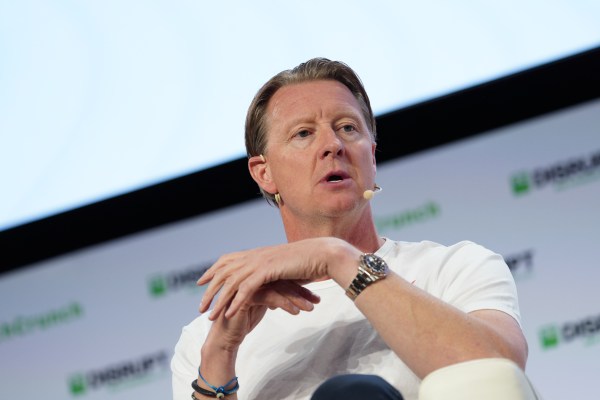 This week, Verizon Communications CEO Hans Vestberg joined us for an episode of Extra Crunch Live.

Vestberg is leading the company through the midst of one its biggest rollouts to date with the push into 5G connectivity. In our discussion, he spoke about how he’s managing the organization during this global crisis, his thoughts on work from home and acquisition strategy, and the ways in which 5G will change the way we work and live.

Extra Crunch members can check out a partial transcript of the conversation (edited for length and clarity) or watch it in its entirety via YouTube video below.

Extra Crunch Live features some of the brightest minds in tech and VC, including Aileen Lee, Roelof Botha, Kirsten Green and Mark Cuban. Upcoming episodes will include Aaron Levie from Box, GGV’s Hans Tung and Jeff Richards, Eventbrite’s Julia Hartz and others. Extra Crunch members can submit questions to speakers in real time, so please sign up here if you haven’t already.

His initial reaction to news of the lockdown

We’re a large company with 135,000 employees in 70 different countries around the globe. So, of course, we had an early warning when it started actually in Asia. We have employees in Asia, so we got the feeling that this could be really serious. It was early in the first week of February, we moved to the highest emergency or crisis level in the company. That means that we go to a certain crisis mode on how we organized and how we galvanized the company.

The other thing we did very early on is that we understood that this was something unprecedented. I mean, you have been in crisis before. I mean, I’ve been in the telecom crisis, and we’ve been in the banking crisis when everything just went boom. This is something totally different. You cannot use any of your historical experience when it comes to this pandemic, which actually impacts each and every one of us when it comes to health. So I was honest, and thought that they’re going to be a lot of questions. We decided very early on to run our noon live webcast to our employees. We are on our… I think it’s the 11th week, where at noon every day, we run the webcast for all our employees. That was two of the first things we did.

We didn’t think we were going to run for 11 weeks on the new live webcast, but we have done it because we see there’s a very good tool to communicate with all our employees.