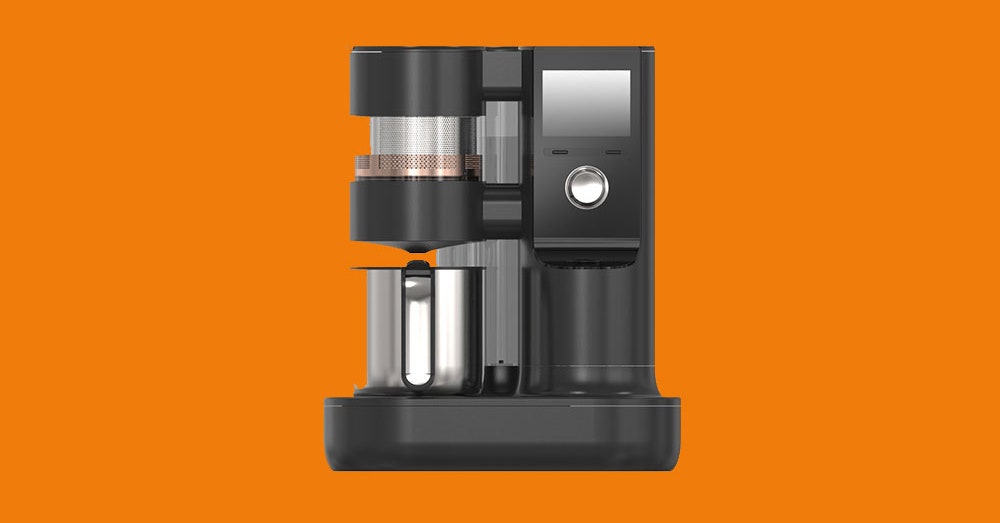 Growing up, anytime I brought home something to my Indian parents—whether it was new clothes, a gadget, or even food—they usually told me off. They’d tell me it was flimsily made, too expensive, or lacking proper flavor. Recently, I brought them the Chime chai machine I was testing. I expected them to tell me just how overpriced the machine is, and how the chai it makes tastes nowhere near as good as what they drink every day.

Let’s be clear, Chime—at its MSRP of $399—is overpriced for an appliance that only makes chai (my parents agree). Thankfully, you can buy it for as low as $229 at the moment, and its price will settle to $250 when it launches in April, which is still expensive, but the machine does what it sets out to do: It makes a good cup of chai in a short amount of time without forcing you to hover over a stove-top.

Everyone has their own way of making chai, but the recipe usually boils down to mixing ginger, cinnamon, cardamom, milk, and water in a pot—not to mention a whole lot of stirring and staying attentive over a stove. (This recipe from Bon Appétit is pretty good.) The whole process can take anywhere from 15 to 30 minutes.

It’s simple, but can feel frustratingly slow, especially if you’re getting ready in the morning. That’s why Gaurav Chawla, founder of Camellia Labs, the California-based company behind Chime, made the machine.

With a morning schedule requiring him to shower, get dressed, make breakfast and chai, get the kids ready for school, and leave at the right time so no one is late, Chawla was looking for anything that could save him a few minutes. I would just switch from chai to coffee, which is much quicker to make. Chawla decided to start an Indiegogo campaign to make a chai machine that turned a 20-minute process into one that took a little over 5 minutes.

The Chime takes up valuable real estate in my small kitchen—it’s a little taller than an electric kettle and a little wider than a small rice cooker—but it’s one of the easiest machines to master. That’s because it follows the Keurig method of using pods, called “Chime Caps,” which hold a mixture of spices and tea.

Chime comes with an assortment of these chai caps. Like Nespresso pods, you choose the flavor profile you prefer and order them in sets of 10 whenever you want—or have them automatically delivered every month. Each set costs around $12 ($10 for the plain black tea cap set), which comes out to a little more than $1 per cup of chai, excluding the cost of milk. It’s recommended you use the caps within about six months.

The company claims it brings its ingredients from India. The black tea hails from Assam and Darjeeling, and the spices are from Kerala, where my parents are from. That could be why they preferred the Chime Caps infused with as many spices as possible. The Masala Chai Cap, which contains black tea, cardamom, ginger, cloves, and cinnamon, is their favorite (and mine, too), along with the Cardamom Chai Cap and the Cardamom and Ginger Chai Cap. We weren’t fans of the plain Assam Cap nor the Ginger Chai Cap.

Once you have your preferred cap all sorted out, the rest is a piece of cake. Place the plastic cap in and close it—you awkwardly need to use a bit of pressure to break its contents into the tea sieve. Then make sure there’s water in the cylindrical container. That’s all you need to do before customizing your cup of chai.

Using the knob, you can select the regular or large size; light, medium, or strong flavor; the amount of milk you prefer (you can opt for no milk); and whether you want the milk frothy or not. Chime will then tell you to add milk to the carafe until you hit a number etched inside it. For example, choosing a medium amount of milk amounts to the number four (which I measured to be a little under 1 cup).

There’s a companion Android and iOS app you can use to customize the brew down to the exact temperature and save it as a preset, but I didn’t feel the need to venture far from the default options. I’m not a picky Chai drinker. You can also use the app to order more caps (or you can order them online).

Once the milk is added, put the carafe back in place and tap the button on the knob. The brewing process takes somewhere between three to seven minutes, depending on your settings, but you don’t have to stand by and stir—go get ready for work. The brewing chamber extracts the tea and spice flavors while the milk is heated in the carafe. Then the two mix and simmer together. You’ll hear a chime (get it?) when the chai is ready for your mug.

I usually add a teaspoon of sugar to sweeten it up, but you can use honey, maple syrup, or skip this step entirely. The results aren’t out-of-this-world, but they are delicious—and not terribly far off from using fresh ingredients.

Just rinse the sieve and carafe to clean up. You can compost the tea and spices and the company said it uses single layer food-grade PET (polyethylene terephthalate) in its caps for easy recycling.

Chime’s simplicity, speed, and the fact you can leave the machine to its duties are its strengths. You can technically add your own spices and tea into the brewing chamber and forgo the caps, but it requires putting an empty cap in the chamber to trick the machine into starting the brewing process. Nevertheless, Chime is still geared toward people who already drink chai—and that’s a lot of people. The appliance is an investment, it takes up a lot of space in the kitchen, and Chime Caps costs $36 per month if you plan on having a cup every day.

My parents liked Chime—much more than anything I’ve ever brought home before—but they can’t see themselves doling out $250 for the machine, nor do they want to shell out a monthly fee for the caps. But they’re also not in a rush to get out of the house in the morning anymore—all their kids have grown up. Their routine already involves monthly trips to an Indian grocery store to nab spices and black tea, and brewing two cups has been a ritual for a long time now.

But if you have found yourself in front of the stove, stirring a pot of spices, wondering if there was a faster way to get to your sweet (or unsweet) cup of chai, this is it.