There are many ways to leave a lasting impression through a cleverly designed business card, but nothing screams “now this is unique” quite like a business card that doubles as a stripped-down ARM computer running Linux. That’s precisely what Embedded Systems Engineer George Hilliard has built, and with a total cost that’s surprisingly affordable. 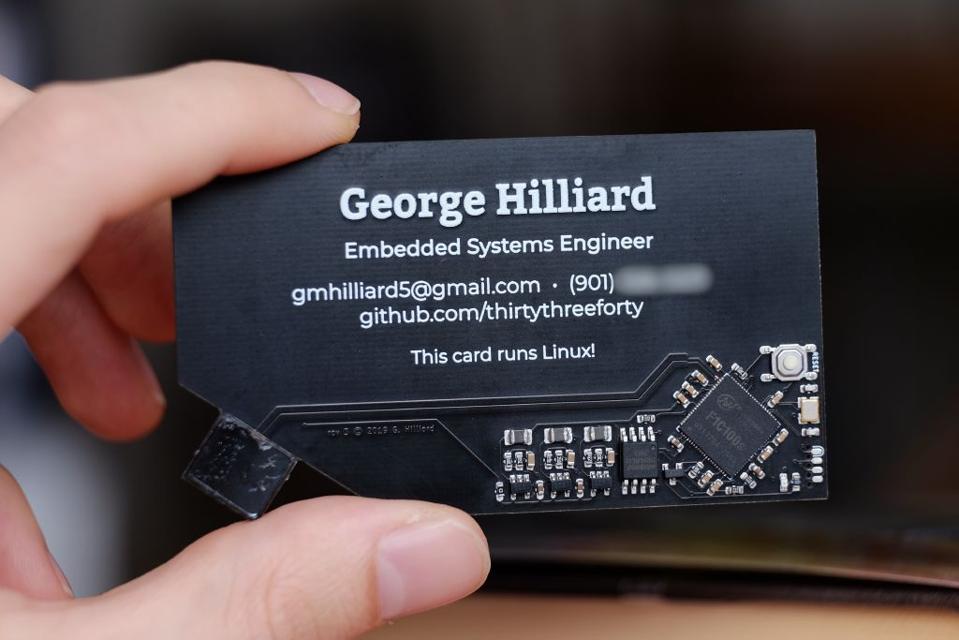 I have seen electronic business cards before, with various fun features including emulating USB flash drives, blinkenlights, or even wireless transceivers. I have never seen one running Linux, however. So I built one.

This impressive business card is powered by an AllWinner ARM9 processor called the F1C100s (a rather ancient piece of tech primarily used in dashcams), which Hilliard says can be purchased for as low as $0.90 in bulk, or about $1.20 per piece. The finished product packs in a USB port that can be plugged in to access the card’s shell, and the included writable flash drive stores Hilliard’s résumé, photography highlights, a README file, and even a handful of classic Unix games like 2048.

The entire scope of the project, however, involved much more than merely sourcing parts, producing PCBs , laser-cutting the perfect stencil and and firing up a soldering iron. In his build log, Hilliard explains that extensive research went into finding schematics for the processor. He had to write drivers from scratch, hand-assemble each component, build a custom flash image, and a host of other details that frankly go well beyond my understanding. 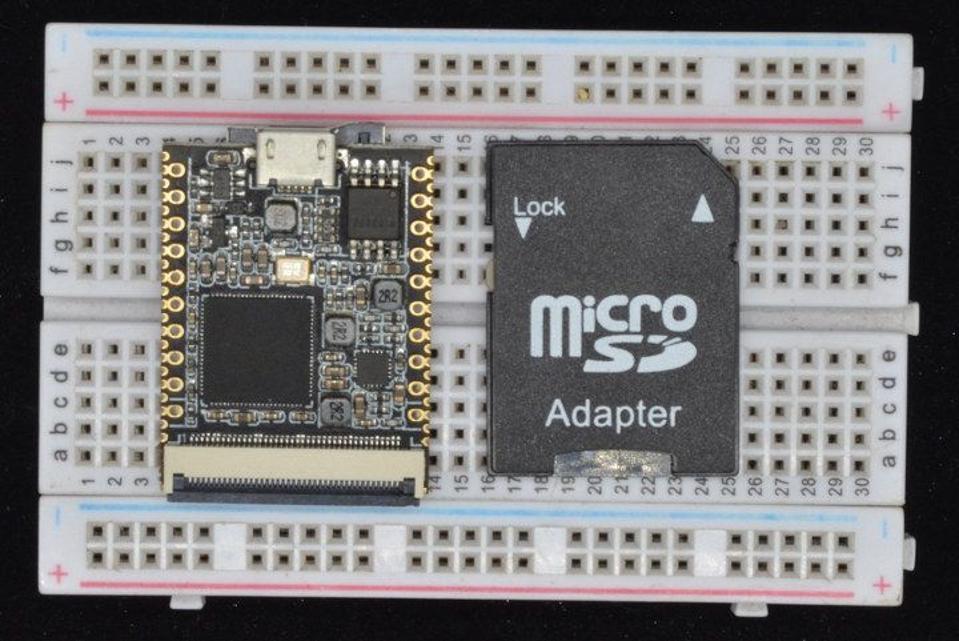 The AllWinner F1C100s, next to a MicroSD adapter for scale.

George Hilliard But for those of you skillful and savvy enough to attempt this, Hilliard has a wealth of resources available via his blog post (including schematics and reference manuals), and the source code and files included on the card itself can be viewed via the project’s GitHub page.

Hilliard points out that his inventive business card lacks I/O, networking and the required storage to run any heavyweight programs, but it does boot a stripped-down Linux in about 6 seconds. And hand-assembling each card is certainly a personal touch that will leave a lasting impression!

Maybe, just maybe, he’ll find a way to mass-produce these beauties. In the meantime, Hilliard has designed a course called Mastering Embedded Linux for folks who want to gain a deeper understanding of this technical wizardry.