Editorial: Who will gain most in a big data society? BIG Data 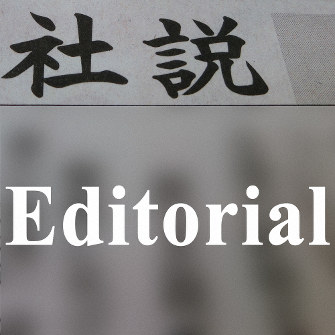 We are in an age when companies can forecast individuals’ future actions by analyzing — with artificial intelligence — massive volumes of data including web searches, social media and smartphone location information. We are, in short, in the age of big data.

For example, a supermarket operator in the United States concluded from data that it collected that young women who purchased fragrance-free cosmetics and a large bag at the same time were highly likely pregnant. Using this bit of derived information, the firm pushed up its sales of baby-related products dramatically.

Marketing methods to pitch merchandise to individuals by identifying their hobbies and tastes have become commonplace. However, the amounts of data being hoovered up by the U.S.’s four IT behemoths Google, Apple, Facebook and Amazon dwarf the efforts of that supermarket chain. And based on this information, those companies predict their users’ actions to deliver targeted ads to them, raking in immense profits.

It is certainly convenient to have tailored information catering to our needs pop up on our phones at the touch of the screen, but we must be aware of the pitfalls that lurk behind that silken ease of use.

For example, some companies plant information in users’ social media feeds designed to fuel their own particular health worries. They do this, for instance, by identifying people who are concerned about middle-age spread based on their web-browsing history and other habits, and then flinging diet food ads at them. This is an almost coercive marketing method.

Companies can even be said to be controlling their clients’ feelings. A U.S. information scientist has warned that by utilizing big data, corporations can essentially create customers ready and willing to fork over their cash.

Behind the mounting criticism against Facebook in the United States lies suspicions over use of its massive data trove for behavioral manipulation.

Nearly 70% of Americans are said to use Facebook. According to a study by a U.S. university, a person’s gender and race can be identified by analyzing which topics they “Liked” with a probability of at least 90%, and at least 80% for their religion and preferred political party.

In the 2016 U.S. presidential election, a political strategy company working for Donald Trump’s camp was alleged to have spread information and campaign messaging on Facebook that would work to his advantage after obtaining information on some 87 million users. With another presidential race looming in 2020, there is talk of regulating political ads targeted at users based on big data analysis.

In cyberspace, people tend to browse only information that interests them. This is all the more the case with social media, where likeminded people gather and interact with each other. If political ads target particular user segments, their voting behavior could be manipulated.

In China, individuals are graded on a scale of 350 to 950 points based on data including their academic backgrounds, purchasing history, social media posts, and relationships with friends — the so-called social credit score. The data is held by IT giants including Alibaba Group. If a person’s rating is low, they are said to find it impossible to get a bank loan, and may find it harder-going when job hunting or looking to get married. In short, the Chinese government uses the data to monitor its people, making it a tool to maintain the Chinese Communist Party’s single-party rule.

Japanese companies are also driven by the need to promote efficiency using big data. The employment information giant operating the “Rikunabi” website sold data on the probability a job-hunting student would decline an informal job offer to some of Japan’s biggest firms, including Toyota Motor Corp. It is unreasonable for companies to make predictions that could be disadvantageous to student job hunters by using their personal information without obtaining their consent.

That said, companies would save on recruiting costs if they could predict who would decline job offers. Companies are also actively seeking to use their immense human resources data troves for recruitment and personnel evaluations.

Specifically, companies analyze all sorts of personal information from potential recruits’ responses in job interviews, their work performance after coming on board, and any departures by interconnecting all the data. Based on the patterns derived from the analysis, companies calculate the probability that their employees — both new and veteran — will leave, as well as forecast how likely they are to succeed at their jobs.

Indeed, companies are benefitting a great deal from this big data society. Meanwhile, the benefits for individuals — who own the original data — are limited. They suffer the negative effects, such as having their privacy violated.

The promise of big data was that it would be used for the greater good, such as to help prevent disease by predicting future health risks based on individuals’ daily habits and illness history. It is the tail wagging the dog for companies to trample on individuals’ rights.

The European Union has drawn up rules to regulate corporate modeling of individuals’ actions. If the government of Prime Minister Shinzo Abe aspires to turn Japan into an advanced “big data” country, we need to create a system where individuals are protected and can feel the benefits of this enormous resource.