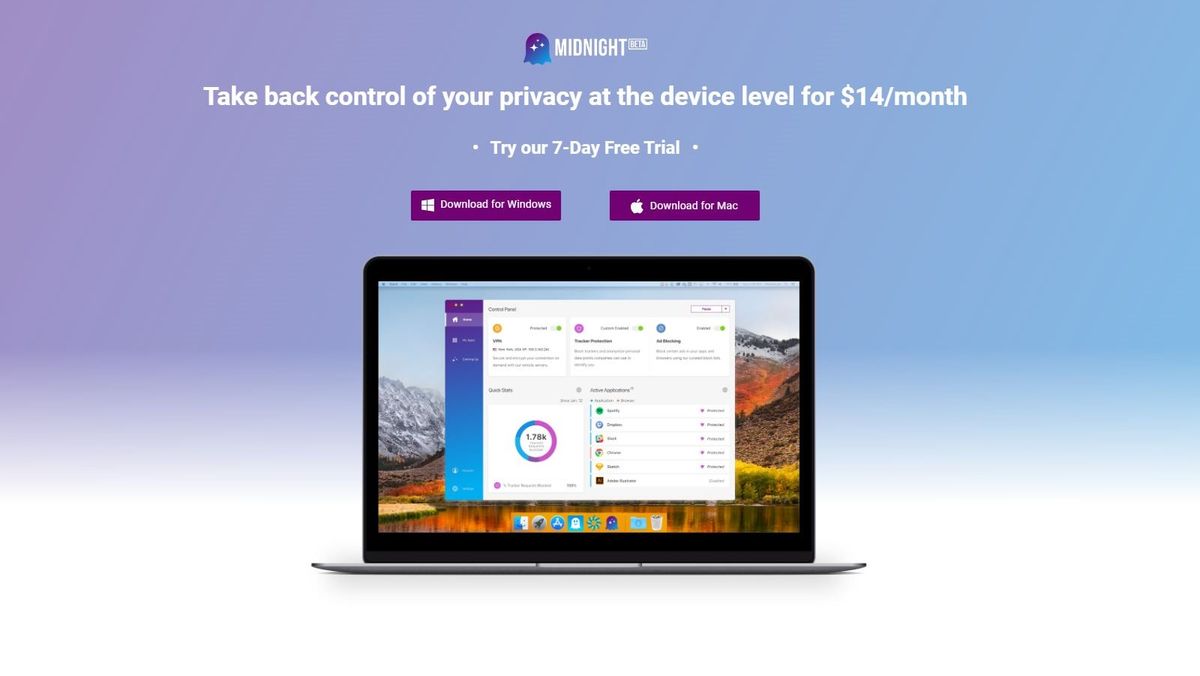 The company behind the popular ad and tracker blocking extension, Ghostery has launched a new desktop app called Ghostery Midnight that offers extended privacy features for $14 a month.

In addition to an ad-blocker and a tracker-blocker, the app also includes a VPN which is a first for the company.

While Ghostery Midnight’s ad and tracker blockers are turned on by default, users can toggle the ad-blocker, tracker-blocker and VPN on and off.

One of the best features of Ghostery’s new desktop app is the fact that it can block ads and trackers on multiple browsers at the same time which is much easier than having to install the company’s extension on every browser you use.

Ghostery Midnight uses its own database to block both first and third-party trackers and it currently includes 4,500 trackers from over 2,600 companies. The app can also show you how many trackers are being detected in each browser and where each of those trackers originated from.

As for Ghostery Midnight’s VPN, it currently has six servers in Montreal, Frankfurt, Singapore, London, Atlanta and Los Angeles though the company does plan to add more. Ghostery is also planning to introduce a mobile version of the app at a later date.

“As everyday digital users, we’re incredibly vulnerable. Today’s websites have dozens if not hundreds of tracking technologies built into them and, increasingly, modern desktop applications are using the same technologies to extend the reach of third-party tracking beyond your browser to include everything else you do on your device.  This allows big tech companies like Google and Facebook, not to mention hundreds of smaller ones, to cast a bigger net to collect and monetize our data. For years, we at Ghostery have been focused on protecting users and their data on the browser. However, with impending changes in the browser landscape and privacy threats expanding at a device level, we’re excited to debut Ghostery Midnight, featuring app-level tracker blocking capabilities and our first ever VPN, so users can feel protected at every level.”