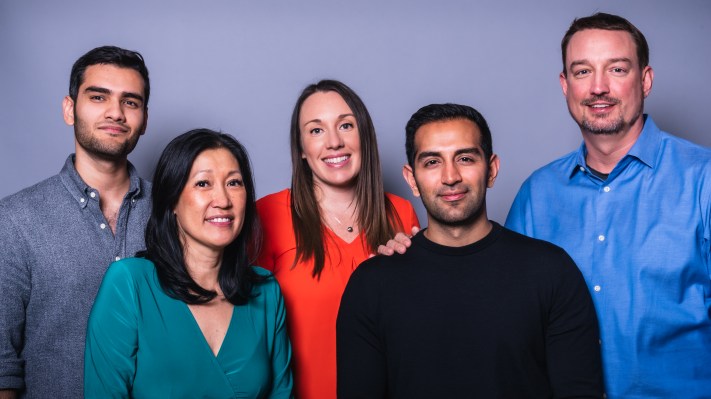 Four months after the news broke that veteran VCs Theresia Gouw and Jennifer Fonstad were going separate ways after forming their own venture firm in 2014, Gouw says her new firm, aCrew Capital, has closed its debut fund with an impressive $250 million in capital commitments.

The firm, with offices in both San Francisco and Palo Alto, was originally targeting between $175 million and $200 million, says Gouw, adding that many of the investors — including Melinda Gates — are the same who participated in Aspect Ventures, the outfit that Gouw and Fonstad will eventually wind down. (They’re currently investing in follow-on rounds in the startups that Aspect had backed with its two funds: a $150 million vehicle, followed by a $200 million fund.)

Certainly, aCrew’s limited partners know the young firm’s investing team. Gouw launched aCrew with Lauren Kolodny, Mark Kraynak, Vishal Lugani, and Asad Khaliq, all of whom worked previously at Aspect and all of whom are partners, except for Khaliq, who joined Aspect in 2016 and remains a principal for now. Indeed, on a call earlier this week, Gouw emphasized the collaborative nature of aCrew, stressing that she sees her team as cofounders, and sharing that any two partners can push a deal through, while it takes just one partner to nix a deal.

“Team is at the center of everything we do,” said Gouw, who has been named to the Forbes Midas List eight times in her investing career, much of it spent with Accel Partners. “VC is best practiced as as team sport, and every win is going to be a team win.”

If you’re curious, not everyone is on equal financial footing just yet, but Gouw suggests that aCrew’s founding team has more transparency than do many other partnerships into how the economics breaks down — and that the goal is for everyone to receive the same share of returns over time, and likely sooner than later. She said the firm launched very intentionally with a “multigenerational founding team” — which is rare in the venture business — not just because of the “business advantages it [confers] now” but also because it “positions us well to through many funds and many cycles.”

So far, aCrew has made six investments, including in the digital bank Chime, which just last week closed on $500 million in fresh funding at a $5.8 billion valuation. The startup, which was valued at $1.5 billion as of March, is also a portfolio company of Aspect Ventures. (Gouw credits Kolodny with leading the company’s Series A round.)

Others of aCrew’s investments include Klar, a challenger bank akin to Chime in Mexico City that closed on $57.5 million in debt and equity funding in September, and Augtera Networks, a startup that helps large enterprises automate their network operations and which announced $4 million in funding just last week led by Bain Capital Ventures.

Generally, says Gouw, the firm will be looking to invest in half a dozen areas, including cybersecurity, where Gouw is widely considered expert; financial services; the future of work; and interconnected data.

As an example of the latter, Gouw points to PredictHQ, a New Zealand-based startup whose Series A round was led by Aspect last year; it helps companies like ride-share outfits to better predict when there’s likely to be a spike in demand for their services.

In terms of the checks aCrew will be writing, Gouw says that aCrew will lead seed rounds with as little as $1 million or less. It will also lead Series A rounds, writing initial checks of between $4 million and $7 million as needed.

It needn’t always be the lead investor in a round, however. “If because of the size of their fund, another firm needs to write an $8 million check, we can write a check for $1 million to $2 million” to fill out the round.

As for what happened at Aspect, Fonstad — who is separately raising a debut fund for her own new firm, Owl Capital —  told the WSJ back in September that she and Gouw “saw very much eye to eye in terms of our investments and strategy. But we had very different leadership styles and different ways of operating at the portfolio level.”

Asked at a recent TechCrunch Disrupt event what Fonstad meant, Gouw declined to flesh out their differences, saying she would speak instead to how she operates. “I have four cofounders in aCrew Capital, so there’s five of us,  and we operate as a team, and we all have equal say in investment decisions, and that’s my management style.”

You can check out more of that conversation below.