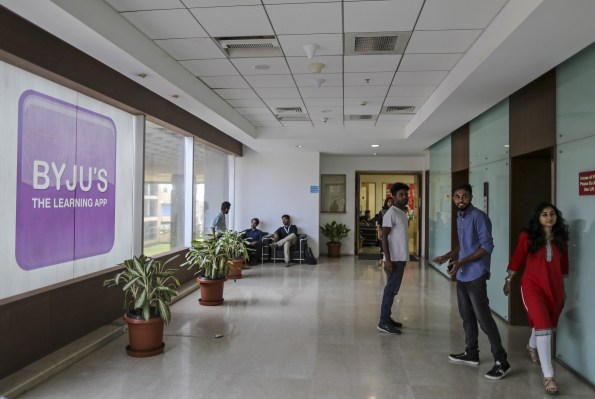 One of India’s biggest tech startups is no longer losing money. Education tech startup Byju’s on Tuesday posted a net profit of $2.8 million on revenue of $188.8 million in the financial year that ended in March this year.

During the same period, Byju’s revenue increased to $208 million, from $73.2 million a year ago. The eight-year-old Bangalore-headquartered startup, which was valued at $5.75 billion in its previous financing round earlier this year, said it is on track to double its revenue to $422 million by March 31, 2020.

Anita Kishore, Chief Strategy Officer at Byju’s, told TechCrunch in an interview on Wednesday clarified that the startup has included taxes and all other expenses in its net profit. “We are profitable now,” she said.

In comparison, Byju’s had reported a net loss of $4 million on revenue of $69 million in the fiscal year that ended in March last year.

The improvement in the the startup’s financial comes as it works on courting students to its subscription service — though its tactic to sign up customers has received some criticism (paywalled).

The startup, which helps all school-going children understand complex subjects through its app where tutors use real-life objects such as pizza and cake, has amassed 2.8 million paying subscribers, up from 2.4 million in July, it said. Overall, it has 40 million registered users.

Byju’s, which also prepares students pursuing undergraduate and graduate-level courses, said its education app is gaining significant traction in smaller cities and towns in India. Its subscribers from outside metro cities already account for 60% of its paying customers base, it said.

To court users outside of large cities, Byju’s has tweaked the English accents in its app and adapted to different education systems. Mohit said the startup plans to launch programs in vernacular languages.

“We have always focused on sustainable growth and our efforts will continue to be on creating learning experiences that will help students become better learners. […] We strongly believe that we have the capability to create a global product that can revolutionize learning for students across the world,” he said.

The startup has previously said it plans to enter the U.S., U.K., Australia and New Zealand markets. Earlier this year, it acquired Osmo, a U.S.-based learning startup that is popular among kids aged between five and 12, for $120 million. Osmo this year unveiled a new product to serve the pre-schoolers’ market.

Byju’s, which raised $925 million to date, is now part of a very small club of profitable startups in the nation.