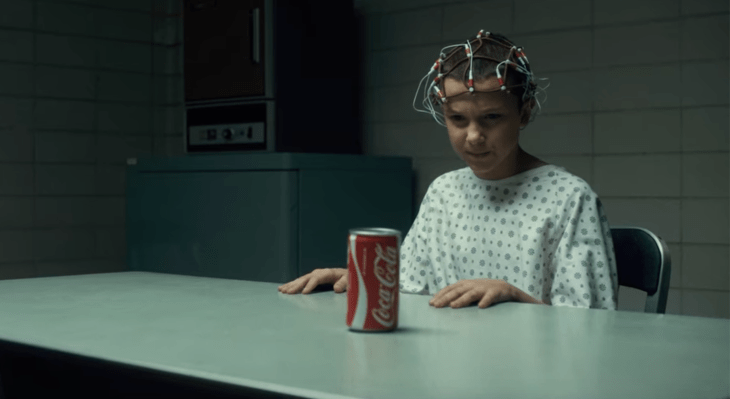 In a world where ad rates are declining for traditional broadcast media, the corporations responsible for making the fictions that millions devour daily need to find a new business model.

Subscription services are on the rise — with every major broadcaster launching an on-demand service — and so are ad-supported video streaming services to replace the traditional networks.

But there’s another holy grail of the advertising industry, long thought to be too technologically difficult to achieve, that may finally be within reach. It’s the on-demand product placement of branded goods in a video, and it’s the technology that Ryff has been developing since it was founded in early 2018.

The effectiveness of product placement has even been proven by researchers from Indiana University and Emory University. They found that “prominent product placement embedded in television programming does have a net positive impact on online conversations and web traffic for the brand.”

And while streaming services enjoy the dollars their subscribers are throwing at them, they’re also looking at ways to diversify their revenue streams. Netflix and Hulu are both expanding their product marketing divisions and analysts like those from Forrester Research predict that product placement will be a huge moneymaker for the company as traditional ad rates decline.

There are companies that handle product placement already. Startups like Branded Entertainment Network, which works with brands and producers to place real brands into contextually relevant scenes in movies and television, and Mirriad, which adds branded billboards to scenes, are working to bring more money to platforms and producers.

Ryff takes the technology to the next level, using computer vision, machine learning, and rendering technologies to identify objects in a scene and replace them with branded products that can be tailored based on customer data.

“The infusion of SVOD/streaming platforms into the market, combined with platforms like Netflix that are unsuccessfully trying to grow their subscriber base will force those same platforms to explore and embrace alternative revenue streams,” said Marlon Nichols, Managing General Partner at MaC Venture Capital, and a new director on the Ryff board. “In addition, consumers on paid platforms do not want their content consumption interrupted by ads. As such, product placement will be an important growth channel and Ryff’s new marketplace and unique technology set it up to be the unequivocal growth market leader.”

To continue its technology development and ramp up sales and marketing the company has raised $5 million in financing. According to Crunchbase, Ryff had previously raised $3.6 million from investors including a subsidiary of the Mahindra Group and undisclosed investors. The new financing came from Valor Siren Ventures, MaC Venture Capital, Moneta Ventures and Vulcan Capital.

“Ryff’s offering is well-timed with the rapidly increasing demand for solutions that extend the reach of a brand’s content and drive business results,” said Uday Ghare, vice president for media and entertainment at Tech Mahindra, in a statement at the time of the company’s investment. “We believe the market will continue to see a shift of brand dollars to both content marketing and programmatic advertising as brands increase their reliance on content-centric programs and look to scale those efforts.”

Ryff’s ads can be tailored to the viewer’s taste, the platform on which video is being distributed, the geography of the broadcast, the date and time of the broadcast and a broader demographic profile, according to the company. Basically it’s like adwords for videos.

In a blog post writing about the rationale behind his investment firm’s capital commitment to the company, Marlon Nichols of MaC Ventures wrote:

Imagine a future where an IP owner can maximize the value of its content by putting in on the Ryff marketplace, where that content will be mapped for dozens if not hundreds of product placement opportunities and be layered with restrictions that comply with creative needs . Those opportunities will be ranked and priced by their effectiveness to drive marketing goals for brands. Brands can bid on in-video placement opportunities that fit their marketing strategies and budgets. 3D brand assets can be uploaded and inserted dynamically into content right before the moment of video delivery

“Ryff successfully takes the concept of product placement, the only advertising format that can’t be skipped by the viewer, and delivers a scalable and adaptable advertising solution that can be applied to any content, at any time and in any market,” said Roy Taylor, founder and CEO of Ryffm, in a statement. “The result benefits all – content free from annoying distractions, audience-specific brand placement and delivering a new means towards monetizing video assets.”