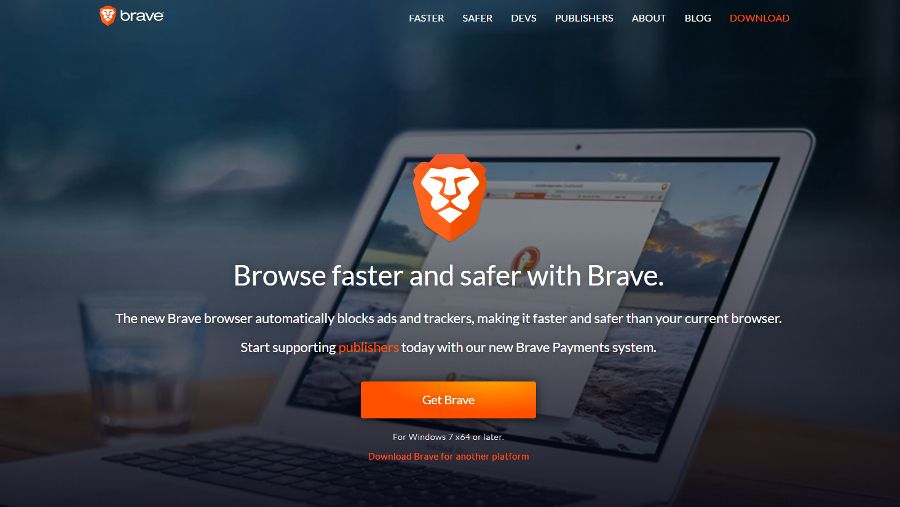 Brave is a web browser that promises to maintain the privacy of its users, protecting them from a variety of third-party ads, autoplaying videos, and trackers. Since launching the beta in January 2016, Brave is now drawing in 8 million monthly users, and today it’s finally ready for the big time.

Brave 1.0 – the first ‘stable’ release of the browser – has officially launched for macOS, Windows, Linux, Android, and iOS and promises a “private, safer, and 3-6x faster browsing experience” due to its tracker-blocking features.

A good majority of web ads include some form of tracker that ties your identity to your browsing habits in order to track you around the web and better target you for advertising. A little over a month ago, Brave accused Google of employing secret trackers to do just this.

While users may rejoice at the idea of not being fed any intrusive advertising, ad-blocking does negatively affect the websites that serve those ads.

Brave is claiming to offer a solution to this, and says it wants to “fundamentally shift how users, publishers, and advertisers interact online” through a built-in rewards program.

Brave Rewards is a system in which users can earn tokens by “viewing privacy-respecting ads”, with the ability to curate just how many you’ll see per hour.

At present, these tokens a user earns will be proportionally divided up over the sites they visit and given to them as a form of ‘tip’, in theory making up for some of the loss of revenue the sites would have earned through advertising.

The user is able to opt-out of giving tokens to certain websites of their choosing and can also send them directly to their favorite content creators – a YouTuber, for instance. In the future, these tokens will be able to be spent on “premium content, gift cards, and more”.

It’s worth noting that most popular browsers employ some form of tracker management at this point – Firefox, Safari, Chrome and Edge all have varying degrees of automatic blocking, particularly when the trackers or ads don’t meet certain standards.

Despite this, Brave is the only one that claims to block all tracking by default. Brave also offers private browsing with Tor integration, which utilizes a VPN to make for a more private browsing experience than most incognito modes offer.

As ad-blocking becomes more prevalent and sophisticated, the methods employed by advertisers will likely shift in order to keep up, but Brave Software hopes its browser and rewards program can provide a respectable balance between all parties.