No, Disney Plus does not feature The Simpsons’ Michael Jackson episode 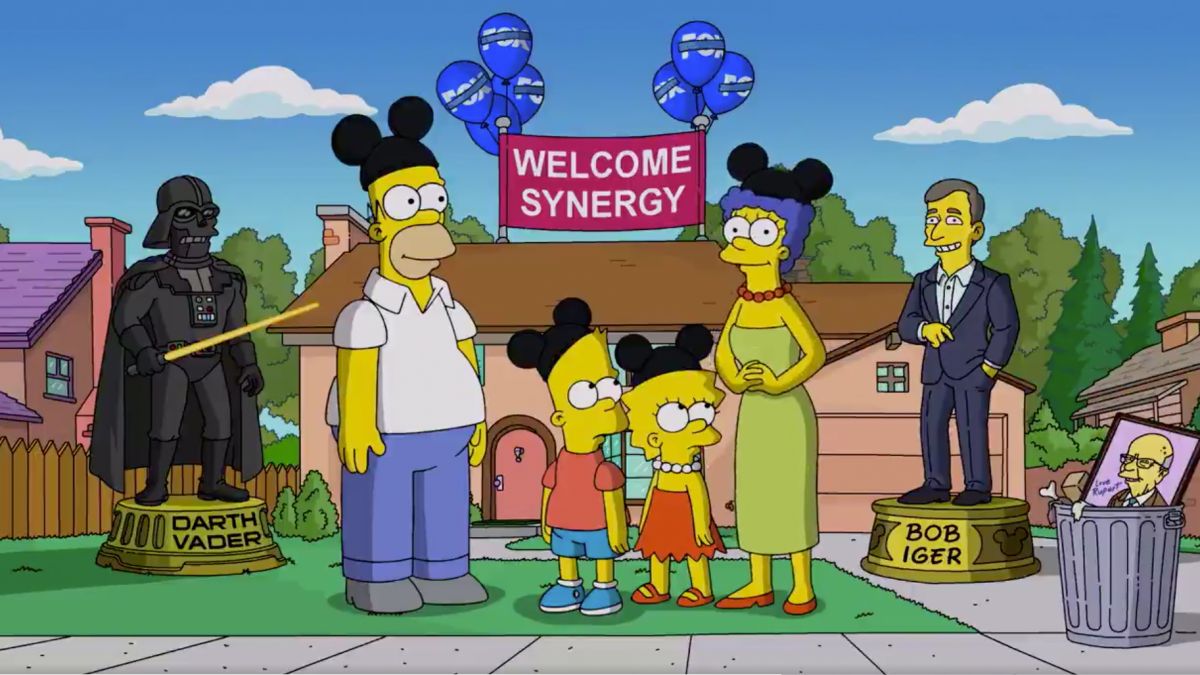 The Simpsons has arrived on Disney Plus, and even though older episodes have been cropped to fit a 16:9 aspect ratio, it’s a huge event that they’re all here in one place. One episode hasn’t made the cut, as the internet has been feverishly discussing today: season three’s ‘Stark-Raving Dad’, featuring the voice of Michael Jackson. But this actually isn’t new information: this was revealed near the start of the year.

Back in March, the show’s executive producers announced that they’d unanimously decided to pull the episode from the air. At the time, it was made clear this was a decision that would play out going forwards, so it’s no surprise that Disney Plus has launched without it.

“I’m against book burning of any kind. But this is our book, and we’re allowed to take out a chapter,” James L Brooks told the Wall Street Journal. This occurred a little while after allegations against Jackson were made in the HBO documentary Leaving Neverland.

‘Stark-Raving Dad’ was probably most famous for the song ‘Lisa it’s Your Birthday‘, which Jackson didn’t actually sing (a stand-in voice actor was used for that). It’s a great episode, but the choice was the right one to make, given the additional context that comes with watching it in 2019. And even though Brooks alluded to “book-burning” in his statement, it hasn’t actually gone anywhere. If you’re desperate to watch the episode, it’s been on the mega-selling third season DVD for over 15 years, and you can easily pick the boxset up for under $20 on eBay. Otherwise, you’ll have to make do with the other 661 episodes on Disney Plus.

The real reason Simpsons fans are mad at Disney Plus

The episode removal isn’t worth getting that upset about. Besides, The Simpsons launched on Disney Plus this week with some actual controversy among passionate fans of the show.

As previously mentioned, every pre-HD episode of the animated sitcom – that is, anything before February 2009, meaning around 20 seasons – is streaming in a cropped aspect ratio. Fans, of course, quickly pointed out that this means you miss some of the great visual gags that the show is known for.

All the classic Simpsons episodes on Disney+ are in cropped widescreen format — this means you miss out on tons of great visual jokes, like how Duff, Duff Lite and Duff Dry all come from the same tube. pic.twitter.com/cTy9adulFlNovember 12, 2019

This isn’t the first time this has happened. When FXX acquired the rights to the show in a pre-Disney world back in 2014, it was pointed out that the episodes were being cropped to fit widescreen TVs, and what a mistake this is. The fact it’s happened again on Disney Plus is really annoying, especially when the existing Simpsons World app allows people to stream earlier episodes of the show in 4:3.

The arrival of The Simpsons on Disney Plus still feels like a big deal, then, but it’s not the total slam dunk it could’ve been. The episodes just look a bit ugly in this format. The Simpsons goes beyond just being a TV show: it has entire subcultures of meme creators on the internet, and podcasts dedicated to dissecting granular details of every single episode.

It therefore deserves the same treatment that a Disney classic like Snow White or Aladdin does. Even if its references become outdated, it’s a show new generations of fans will enjoy discovering on Disney Plus. It’d also be nice if some of the extras from the DVDs came across, like the commentaries or deleted scenes.

Still, it’s early days for Disney Plus. Let’s see how the first week weeks after launch play out, and if Disney are receptive to changes.