Twitch today publicly launched Twitch Studio, its new software designed to help new streamers get started broadcasting. The idea behind the app is to make it simple for someone new to the space to get started, by offering a quick setup process and other tools to make the stream both look and sound more professional — even if the streamer doesn’t have broadcasting experience.

The software, which was only available in closed beta until today, will detect the user’s mic, webcam, monitor resolution, bitrate and more through a guided setup process. Streamers can then choose from a variety of starter layouts and overlays that will help them personalize their stream’s look-and-feel.

Once live on Twitch, the software will also help streamers interact with the online community and viewers, including by way of built-in alerts, an activity feed and integrated Twitch chat. 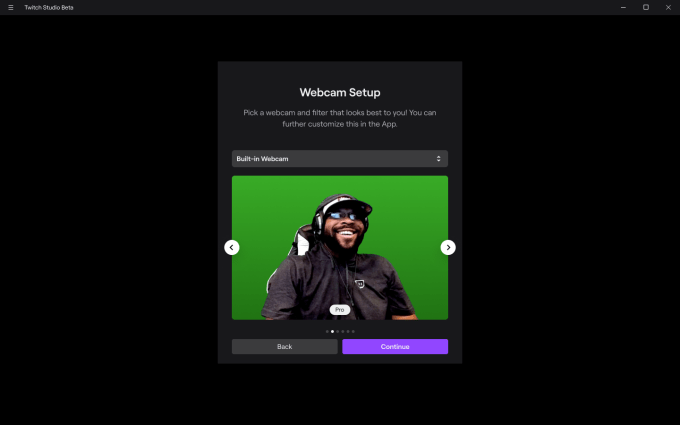 As the company previously explained, many people have thought about streaming but gave up on doing so because the process was too difficult. The new software aims to get them over that hurdle of setting up a stream for the first time.

As the streamer becomes more knowledgable and capable, they may outgrow their need for Twitch Studio — and that would be fine. The goal is to get them involved with Twitch streaming in the first place, not necessarily keep them on the platform longer-term. 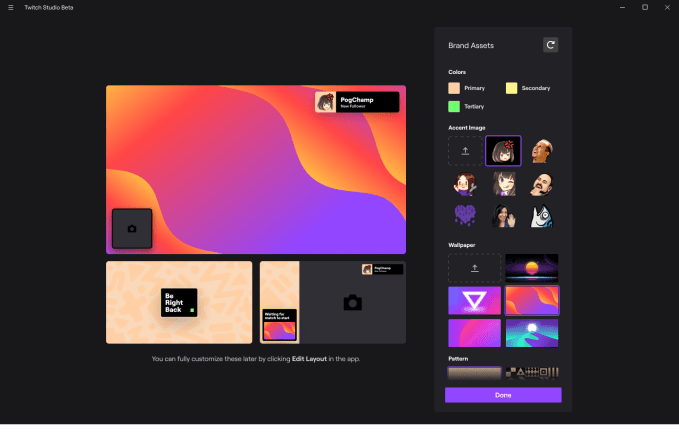 Twitch Studio is currently available only on Windows PCs, not Mac, iOS or Android “at this time,” Twitch says — a hint that cross-platform support could come further down the road. However, in the near-term, Twitch is working to better integrate the software with other Twitch functionality, as well as roll out tools that make it easier to chat and engage viewers.

The launch timing is notable as Twitch has recently lost its biggest streamer, Tyler “Ninja” Blevins, to Microsoft’s Mixer. The loss was then followed by the exit of Michael “Shroud” Grzesiek, also to Mixer. Meanwhile, Google’s Stadia, which is about to launch on November 19, will make it easy to stream directly to YouTube.

Twitch says the new Twitch Studio software is available today, in beta, for anyone on Windows 7 or newer.