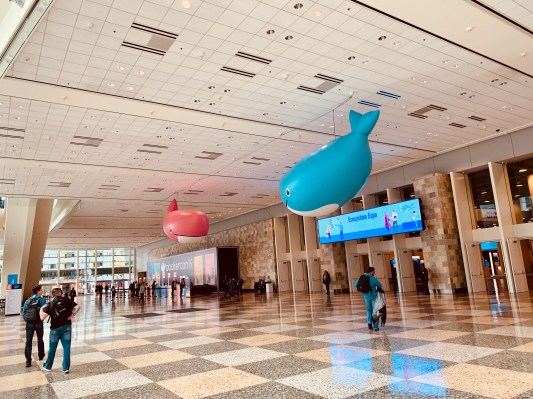 In what’s proving to be an interesting day for Docker, it announced it has received a $35 million investment from existing investors Benchmark Capital and Insight Partners.

It also announced the company has named long-time Chief Product Officer, Scott Johnston as CEO. Johnston is the third CEO at Docker this year, replacing Rob Bearden, who replaced Steve Singh after he stepped down in May.

The news came shortly after Mirantis had announced it had purchased Docker’s enterprise business. The moves are curious to say the least, but Johnston says that he still sees an opportunity for the company helping developers use Docker, the popular containerization engine that has struggled to find a business model.

“Specifically, we are investing in expanding our cloud services to enable developers to quickly discover technologies for use when building applications, to easily share these apps with teammates and the community, and to run apps frictionlessly on any Kubernetes endpoint, whether locally or in the cloud,” Johnston said in a statement.

Bearden said that the company decided to go in this direction after carefully studying its existing business models. “After conducting thorough analysis with the management team and the Board of Directors, we determined that Docker had two very distinct and different businesses: one an active developer business, and the other a growing enterprise business. We also found that the product and the financial models were vastly different. This led to the decision to restructure the company and separate the two businesses, which is the best thing for customers and to enable Docker’s industry-leading technology to thrive,” he said in a statement.

Prior to today’s announcement, the company had raised over $272 million, according to Crunchbase data. Now Benchmark and Insight are throwing it a $35 million lifeline to try one more time to build a successful business on top of the open source Docker project.