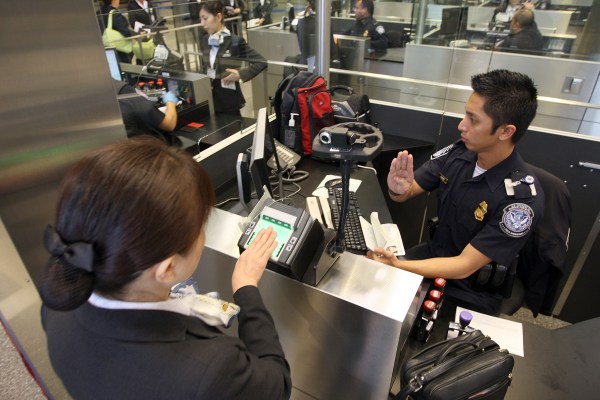 A federal court in Boston has ruled that the government is not allowed to search travelers’ phones or other electronic devices at the U.S. border without first having reasonable suspicion of a crime.

That’s a significant victory for civil liberties advocates, who say the government’s own rules allowing its border agents to search electronic devices at the border without a warrant are unconstitutional.

The case was brought by 11 travelers — 10 of whom are U.S. citizens — with support from the American Civil Liberties Union and the Electronic Frontier Foundation, who said border agents searched their smartphones and laptops without a warrant or any suspicion of wrongdoing or criminal activity.

The border remains a bizarre legal grey area, where the government asserts powers that it cannot claim against citizens or residents within the United States but citizens and travelers are not afforded all of their rights as if they were on U.S. soil. The government has long said it doesn’t need a warrant to search devices at the border. Any data collected by Customs & Border Protection without a warrant can still be shared with federal, state, local and foreign law enforcement.

“This is a great day for travelers who now can cross the international border without fear that the government will, in the absence of any suspicion, ransack the extraordinarily sensitive information we all carry in our electronic devices,” said Sophia Cope, a senior staff attorney at the EFF.

Millions of travelers arrive into the U.S. every day. Last year, border officials searched 33,000 travelers’ devices — a fourfold increase since 2015 — without any need for reasonable suspicion. In recent months, travelers have been told to inform the government of any social media handles they have, all of which are subject to search prior to being let in to the United States. But some have been denied entry to the U.S. for content on their phones shared by other people.

A spokesperson for Customs and Border Protection did not immediately comment.