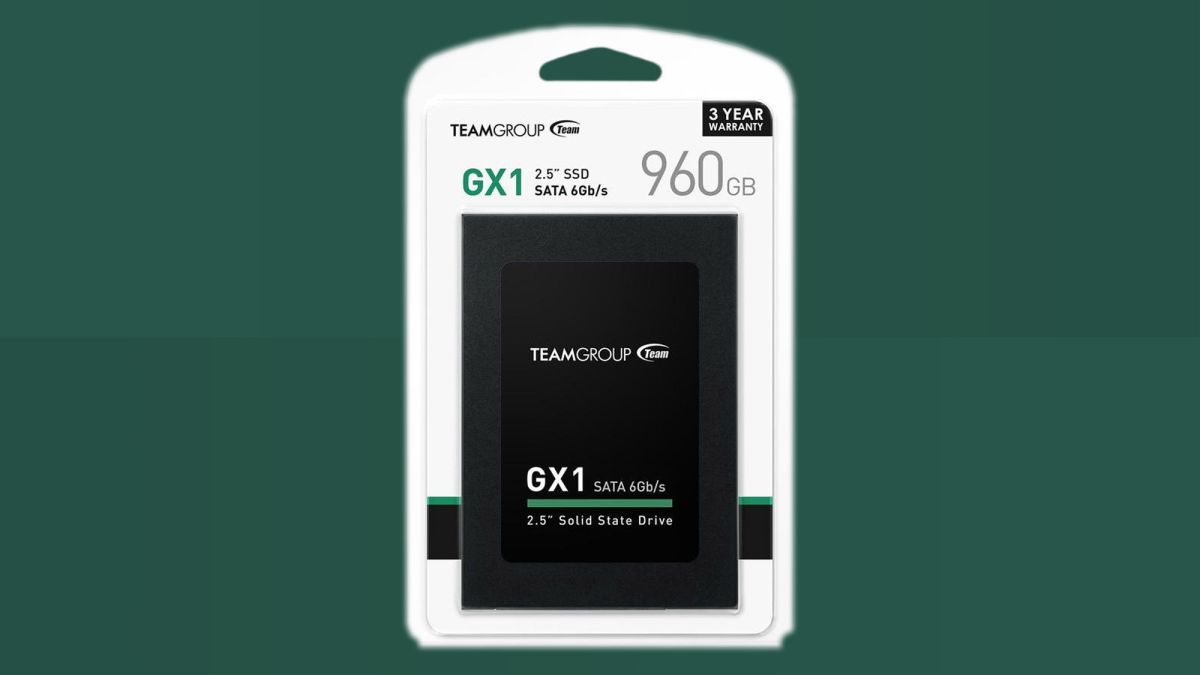 With Black Friday a couple of weeks from now, the race to the most affordable SSD is heating up with Teamgroup taking the lead and the crown at least for now. For the next 48 hours, Newegg is selling the GX1 for $79.99, down from $98.99, the cheapest ever in the 0.96TB/1TB category.

Like most drives within this price bracket, this is a SATA3 DRAM-less 2.5-inch internal drive that uses 3D NAND Flash memory with SLC caching and Wear-leveling technology and ECC function.

Teangroup quotes speeds of 530MBps and 480MBps on read and write respectively, which makes it a below average SSD but still far, far faster than most, if not all, hard drives.

It has an endurance of more than 240TB written and a mean time before failure of one million hours. You can only buy five of these drives at a time. Note that they come with three year warranty.