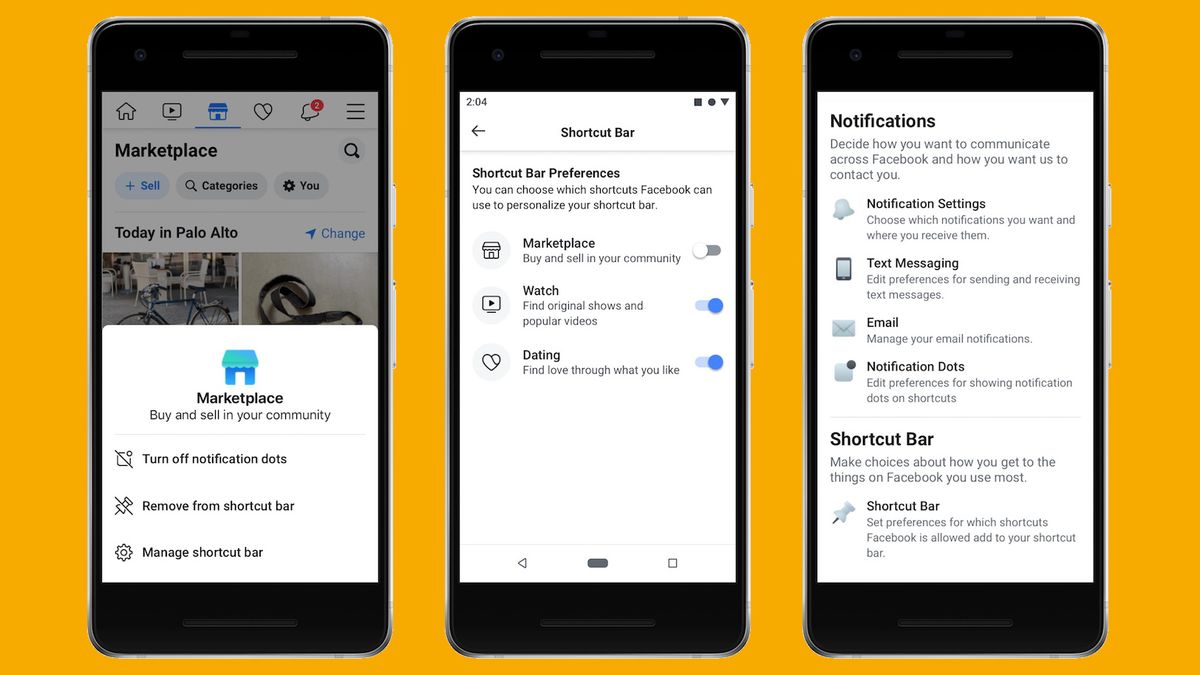 Facebook is introducing a new option that will let you customize the shortcut bar, and eliminate the red notification dots that pop up within the app. This will be welcome news if you find they appear seemingly at random, and frequently unhelpfully. Did you want to know about new additions to the Marketplace? No, we thought not.

The Shortcut Bar Settings feature is rolling out now for iOS users. It lets you take control not only of notification dots, but also the icons that appear in the shortcut bar at the bottom of the screen in the app.

This is great news if you only use a limited range of Facebook’s features. After all, if you never use the Marketplace, there’s little point in clutter up the screen with a permanent shortcut to it.

Speaking to TechCrunch, a Facebook spokesperson said: “We are rolling out navigation bar controls to make it easier for people to connect with the things they like and control the notifications they get within the Facebook app”.

To access the newly introduced options, you just need to tap and hold any of the buttons in the shortcut bar. A pop-up menu will appear from which you can opt to disable notification dots, hide the button you tapped, or access a more advanced Shortcut Bat settings screen.

For now, the new customisation options are only available in the iOS version of the Facebook app. While it is quite common for Facebook to bring new features to the iOS and Android version of the app at different times, in the end both tend to end up with the same options. That said, there can sometimes be something of a delay between the arrival of a particular feature on one platform and its appearance on the other.

It would have been surprising if such sought after options were far from arriving on Android. Indeed, Facebook has confirmed to TechCrunch that Android users can expect to see notification dot and shortcut bar customisation option “in the next few weeks”. Watch this space for more details.