Kenzie Academy is scaling up a coding program for ‘the heartland’

The crowded landscape of programs teaching non-technical people to become software developers has been a proving ground for a new model of education financing: income share agreements (ISAs). With an ISA, students avoid paying tuition upfront or taking out private loans, instead paying a percentage of their income for a time after graduation after they’re earning a minimum income.

The model aligns education providers with students’ career outcomes, and one startup is staking a claim to be the leader in the space; Kenzie Academy, a year-long program with a physical campus in Indianapolis — and a student body that’s 66 percent online — announced a partnership with Community Investment Management (CIM) earlier this week that provides $100 million in debt to cover the operating costs associated with students who defer payment through ISAs.

Kenzie co-founder and CEO Chok Ooi says that core to Kenzie’s mission is the goal that its graduates “can stay in the heartland and attract more jobs so that someone coming out of the Midwest no longer has to move to Silicon Valley or New York to have a successful career in tech.” This $100 million is one of the largest commitments yet to financing ISAs and Kenzie is using it to recruit a more diverse population of students who may not be able to afford tuition or qualify for student loans otherwise.

I interviewed Ooi to understand how Kenzie differentiates itself from competitors, how it has iterated its model to improve retention and job placement and how he expects the ISA market to evolve over the next couple years. Here’s the transcript of our conversation, edited for length and clarity:

Eric Peckham: The landscape of software developer training programs is crowded. Where did you see an opportunity to do something different, and how do you position Kenzie relative to others in the market?

Chok Ooi: My co-founder came from Galvanize, so we observed firsthand the proliferation of tech and coding boot camps. These are typically short-term, three-to-five month programs and they tend to do well serving people with college degrees. I would say that they are disrupting the masters’ program space. We saw a major gap in programs that serve a much larger demographic of people who are much earlier in their development. People who never went to college, or did a little bit of college and dropped out, or just never had a professional work experience. A three-month training is insufficient to get them to a point where they could land a technical job and be successful.

We saw an opportunity to bring high-quality tech education to the American heartland that is 12 months in length. For about two-thirds of our students, this is their first post-secondary credential training.

We are giving them not just the technical skills, but elements from a traditional four-year college as well, like critical thinking, problem-solving and communication skills.

Compared to those other bootcamps or training programs, is Kenzie targeting different job outcomes for its graduates?

We did a survey of our students that asked them to name the top five tech companies they desired to work for. None of the Silicon Valley companies made the list other than Salesforce. Indianapolis is the second largest Salesforce office outside of San Francisco. The rest of the companies our students named were companies like DMI and Zylo that people in Silicon Valley don’t hear about but are doing very well in the Midwest. Their friends work there. They’re a fabric of the community. If we really want to create job opportunities for the rest of America, we cannot adopt the Silicon Valley mindset. 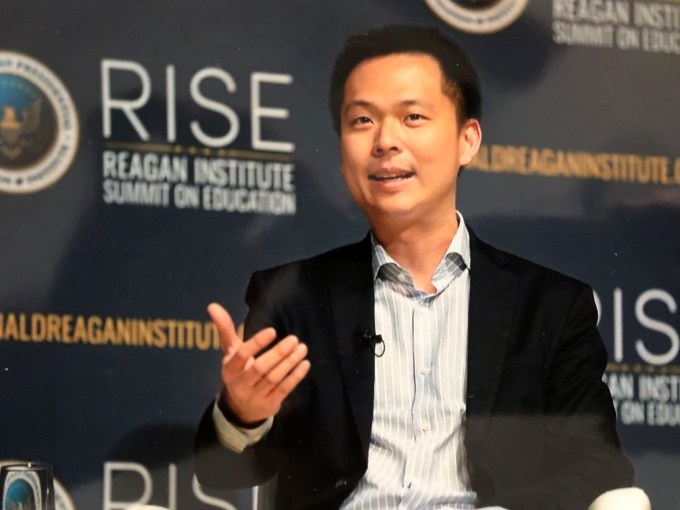 So how do you evaluate technical aptitude and critical thinking in the admissions process? What’s that process look like, and how has it evolved over the last couple of years? What have you learned in order to make that more effective?

Prior to founding Kenzie, I started a company nine years ago called AglityIO. The model for AgilityIO was similar to companies like Andela. We were trying to solve the talent crunch in the Bay Area by recruiting and training people with the raw talent in Vietnam. Today, that company works with Google, Uber, NerdWallet, Meetup.com and 150 other tech companies. So I’ve experience in developing processes to identify raw talent in this context.

As people are doing the online assessments, we collect data points of how long it takes for them to solve the problem, what their different decision points are and things like that. Then as they get enrolled in Kenzie, we continue to collect attendance data, grades, and then placement data and use that to look at success and failure cases. We constantly refine our assessment.

Are you seeing any particular pattern or cluster in the applications you’re receiving or the candidates you’re accepting in terms of prior field of employment or aspect of their background?