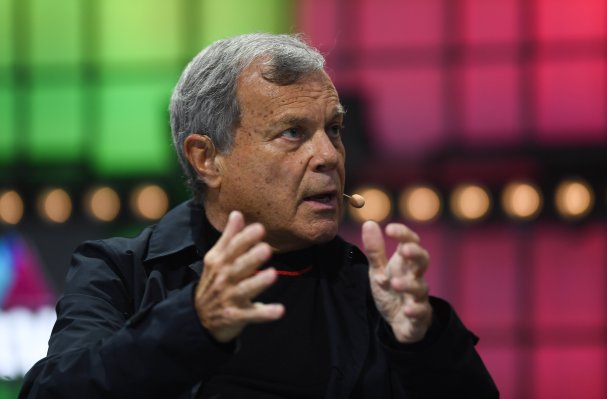 Sir Martin Sorrell is the kind of founder who people in Silicon Valley most prize. He has enjoyed huge success, having built the world’s biggest advertising conglomerate over 32 years, WPP. He’s also out for revenge. Soon after WPP’s board began investing an “allegation of misconduct” in the spring of last year — it later asked him to pay back $200,000 in personal expenses — Sorrell left the company in a huff.

Six weeks later, he’d formed a new company, S4 Capital, using a playbook that he knows works. He and a partner launched London-based WPP by buying a controlling stake in publicly traded company that made wire baskets and teapots, then using it to launch a global shopping spree. Similarly, S4 emerged from a reverse-merger with Derriston Capital, a small shell company that went public on the London Stock Exchange in 2016 and rebranded as S4. Then it started bulking up.

Already S4 — which Sorrell funded himself with £40 million and that has raised tens of millions more from other institutions for acquisitions — has successfully pursued nine companies, though Sorrell stresses these are mergers. “All half cash and half stock.” No long lock-ups, either, says Sorrell, who was bouncing around the U.S. this week before heading to the Web Summit event in Lisbon.

“If you want to sell your company, if you want to make a quick kill and get out, we’re not interested. If you want to sign up to our vision” and help turn S4 is a powerhouse in its own right, that’s a different story, he suggests.

Silicon Valley is seemingly a big piece of the picture. Last month, S4 Capital finalized a $150 million deal to merge with the largest digital agency in the region, nine-year-old Firewood, with S4 paying $112 million up front in shares and cash and the balance coming if Firewood hits its targets for the year.

It also late last year merged with the San Francisco-based digital media and programmatic consultancy MightyHive in a deal valued at $150 million.

If it sticks it to WPP on occasion, that’s probably okay, too. S4 Capital’s first acquisition, for example, of the Dutch digital production agency MediaMonks, came at the expense of WPP, which had also been trying to buy the company. The WSJ reported at the time that S4 agreed to pay roughly $350 million for the agency.

The broad idea, Sorrell says, is to focus S4 entirely on digital advertising and on media and marketing services specifically, where in 2019 for the first time, the world’s advertisers will spend  more than half of their ad budgets. “The digital media industry is up 6 percent [for the year] and it’s down for traditional media, so we’re going where the growth is and pushing on an open door, unencumbered by legacy or analog businesses.”

Asked whether he doesn’t also have an axe to grind when it comes to WWP — which is steeped in both the digital and traditional ad worlds — Sorrell doesn’t hesitate. “I want to see this approach succeed. And if that’s an axe, that’s correct.”

Much of that approach centers on partnering with, rather than trying to compete, with the giants of ad tech, including Facebook and Google, precarious as that arrangement can be.

Other current tech clients include Apple, Salesforce, Microsoft, LinkedIn, Uber, and ServiceNow, which, according to Sorrell, treat S4’s creative and strategic marketing professionals as extensions of their internal marketing teams.

Firewood, for example, will embed teams within companies like Google to “understand the client as well as possible,” Sorrell says. As he explains it, “We don’t compete with [these companies]. We service them; we work with them. If we’re being crude about it, we’re resellers for each one of them. They don’t want to get into the service business.”

They also want to maintain control over what they know of our tastes and interests and other data on which they have an increasing lock, but asked whether he thinks some of these tech clients should be broken up, he insists that he does not, “as long as they’re transparent and they really exercise the power they have responsibly.”

Asked how S4 overcomes the growing number of people who don’t think companies are acting responsibly with their private information and might increasingly opt out of sharing it, Sorrell shrugs off the idea that people are deeply concerned about targeted advertising. “My view is that as long as the consumer knows what they’re letting themselves in for, it’s fine. If I know how my data will be used, in simple language, [I’m not going to opt out.] I do think we’ll have differentiated models, [such as] ‘I want to control my data so [you’re going to pay me for it in some fractional way].’ The problem is caused by people not knowing what’s being done with their data.”

And even that problem is dwarfed by what Sorrell sees as the real reason for so much hand-wringing, which is the size of these companies. “When Apple was the first to become a trillion-dollar company, [former Goldman Sachs CEO Lloyd Blankfein] was asked which would be the first $2 trillion company, and he said there won’t be one because no nation-state would allow a company to get to $2 trillion. You see this in China, too,” he says. “I’ve heard concerns expressed about the size of Alibaba. It’s not just a Western phenomenon.”

And what of political ads leading up to the U.S. presidential election, we ask Sorrell. Twitter has taken a stand; Google is weighing changes to its own ad policy. Should these platforms be running them, no matter their content?

That one, he says is “very difficult. My view has always been that these are media companies that are responsible for the content flowing through their pipes. I think they are acknowledging it; Facebook has thousands of people monitoring content.

“But should we take political advertising or not? Well, in the U.K. You have to be truthful. If the ads aren’t truthful, we’ve got trouble. I think Zuckerberg made the argument that his people know what’s a fact or not, but arbitrating what’s the truth or not is quite difficult,” he concedes.

Before long, our time is up, but before he goes, we discuss with Sorrell traditional ad giants, like the one he himself built across three decades before leaving it abruptly last year. Perhaps it’s unsurprising, given his new endeavor, but he says those companies, with their tangle of properties, most of which are run like independent fiefdoms, should most definitely be dismantled. “I don’t think they have a chance of making it with the legacy assets they have.”

Sorrell recalls one “snotty comment” made by one of the established players, regarding his new venture: “Someone called us a spec in the mirror.” Continues Sorrell, “When you’re in a car crash, that spec in the mirror catches up with you very quickly.”