Alibaba to invest $3.3B to bump its stake in logistics unit Cainiao 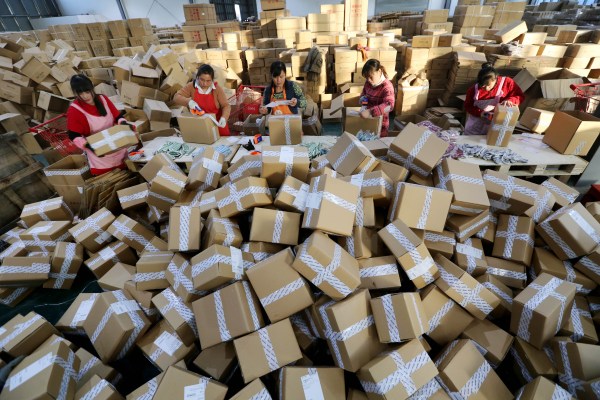 Alibaba is doubling down on its logistics affiliate Cainiao, two years after acquiring a majority stake in the firm. The Chinese giant said today it would invest an additional 23.3 billion yuan (about $3.33 billion) to raise its equity in Cainiao to 63% from 51%.

In a statement, Alibaba said it will subscribe newly issued Cainiao shares in its latest financing round and also purchase equity interest from a certain, unnamed Cainiao shareholder.

Cainiao was co-founded by Alibaba in 2013 to bring organization in Chinese logistics, particularly around e-commerce deliveries. And it has delivered: Today Cainiao powers a significant volume of Alibaba’s logistics needs in the nation.

The affiliate, which reported $680 million revenue in the quarter that ended in September, matches riders, deliveries and warehouses, underpinning the logistics side of e-commerce platforms Taobao and Tmall in the same way Alibaba underpins the payments side, analysts say.

Department store owner Intime Group, conglomerate Fosun Group, and a number of other logistics firms also own stakes in Cainiao.

In 2017, Alibaba bumped its stake in Cainiao to 51% from 47%, and at the time committed to spend more than 100 billion yuan ($14.3 billion) to expand the logistics business over five years.

The Chinese technology group has tightened its grip on the logistics sector in the nation in recent years. Earlier this year, the company purchased nearly 15% stake of STO Express. As of earlier this year, Alibaba also owned about 10% of ZTO, 11% of YTO, and 27.9% of Best Logistics.

Express delivery and logistics companies are crucial for e-commerce firms, Alibaba said last year. According to the firm, more than 50.7 billion parcels were distributed by e-commerce companies in the nation last year.