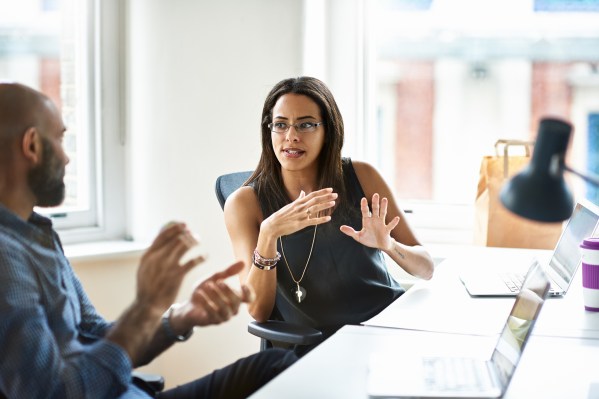 Mayke Nagtegaal Contributor
Mayke Nagtegaal is the COO of MessageBird, an Amsterdam-based cloud communications platform which, in 2017, raised the largest-ever investment — $60 million — by a European software company.

p id=”speakable-summary”>As COO of a company with more than 350 employees from 40 different nationalities of all ages who speak 20+ languages, I’ve noticed that everyone likes to know where they stand when it comes to their job performance.

Yet, for many managers, giving feedback often falls to the bottom of their priority list. According to Gallup, less than half of employees surveyed said they received feedback even a few times a year. So, if 69% of employees say they would work harder if they felt their efforts were better recognized, implementing more regular feedback practices would seem like a no-brainer.

Anyone who has experienced startup life knows there are times when it feels as though everything is moving at warp speed — that’s certainly the rate things have been moving at MessageBird for the last 18 months. After our Series A in late 2017, we hired aggressively to rapidly execute on our product roadmap and increased our employee base by more than 100% in a matter of months. For established companies, that would be a pretty aggressive hiring blitz, but for a younger business without all the necessary processes in place, the times occasionally bordered on chaotic.

It’s difficult to call that hiring frenzy a mistake, because we learned so much from it. Most notably, you can’t put performance feedback on hold until you have everything “ironed out.” The pace of business today is too quick to wait for the perfect time, because the “perfect time” may be too late or worse — it may never come at all.

What you lose in time, you’ll gain in dollars

It turns out that when the word “continuous” is added to the words “performance management,” you can almost hear the groans. Taking time to give feedback may feel like a luxury that managers don’t have when a startup is in hyper-growth mode, and giving employees feedback “continuously” sounds a bit obsessive, but the fact is, you can’t afford not to do it. Companies that implement regular performance feedback are reported to have nearly 15% less turnover, and with the staggering cost of rehiring estimated to be between 90 and 200% of an employee’s salary, keeping them engaged is a good investment.

Whether you put these strategies under the banner of continuous performance management, internal communications strategies or management 101, here are four learnings around giving regular feedback that have proven to be effective for us:

It would certainly be easier if every road we headed down led directly to our intended destination, but that’s not always the case. Sometimes we’re faced with detours, roadblocks, or may even decide on another destination altogether. It’s the same with building a startup, where being customer-oriented means that priorities will often change to reflect the needs of your customer base.