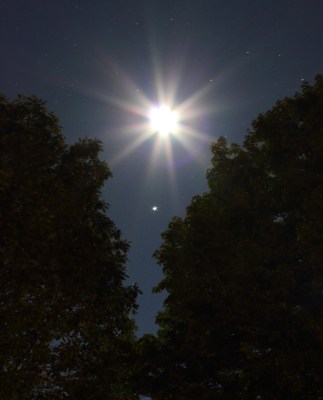 Sensitive data leakage is one of the biggest negative side-effects of cloud-based apps and services. Today, a startup that has built an AI-based platform that can detect and take action on that data is coming out of stealth with funding to tackle the issue head-on. Nightfall — which integrates with and then automatically scans structured and unstructured data that appears in apps like Slack, GitHub, AWS and hundreds more for sensitive information, which it then acts to secure — is launching publicly today with $20.3 million in funding.

Nightfall’s CEO Isaac Madan said the startup will use the money to expand the scope of what it can detect and where, and to build out its business overall. The company bills itself as the industry’s first cloud-native data loss prevention platform and while in stealth it started out working with high-growth startups like Grofers and Exabeam, later expanding its customer base to Fortune 500 companies.

The company originally launched as Watchtower AI — a name that Madan, who co-founded the company with Rohan Sathe, said was changed to reflect the expanded scope of the company, not just identifying unstructured data but being able to take actions on it. It had raised angel funding of just under $5 million that previously had not been disclosed. Bain Capital Ventures and Venrock have co-led this latest, bigger round of $15.5 million, with Pear VC (Pejman Nozad); Sri Viswanath, CTO of Atlassian; and Kelvin Beachum, Jr. of the New York Jets all also participating.

If $20.3 million sounds like a sizeable investment for a company that had yet to build up a public profile, that’s partly because of the nature of what the company is doing, and the people behind it.

Madan studied computer science and specifically worked on machine learning research at Stanford, focusing on HR and recruitment data, and has one exit already under his belt (a networking and advice platform called Chalky) while also working as an investor at Venrock and analyst at Pejman Mar Ventures, while Sathe was the lead engineer who had built and scaled Uber Eats.

Between the two of them, their experience spans a range of use-cases of where teams are handling many petabytes of data across multiple applications, which many opportunities for data leaks. The lack of any products on the market to address this was what led them to building Nightfall, Madan said in an interview.

Nightfall is tackling a specific issue in the market. Cloud-based collaboration platforms have been the making of distributed teams, which can use them to communicate with each other and work together, sharing data from different apps to get things done even when they are not in the same physical space. But they have also opened the door to a potential problem when it comes to data protection: the information shared on these platforms can contain sensitive data, so having it on there becomes a security risk.

“Business-critical data exists across different systems like Slack, Github, AWS and other apps, and that means sensitive and financial information can proliferate broadly across an organization’s systems,” Madan said. “We leverage machine learning to discover and classify that data” — which is often unstructured when it appears on these platforms.

Of course, each platform in itself can be secure, “but they don’t account for how users of these apps store and use data,” said Madan.

And this is a big big-data task: there are petabytes of data at play covering hundreds of different applications. Nightfall has built machine learning models to scan all of this, detect the data, and then either provide automatic or options for manual actions to take on it: typically, the options are either to delete, redact or quarantine the data, or notify the relevant teams of it to take appropriate actions.

As part of this latest round Enrique Salem — notably, the former CEO of Symantec and a partner at Bain Capital Ventures — is joining Nightfall’s Board of Directors.

“Isaac, Rohan, and the Nightfall team are addressing a deep and profound need in the world of information security, where I have spent nearly three decades of my career,” he said. “With the proliferation of data across the cloud, high accuracy content inspection that is easy to operationalize is more important than ever. Nightfall has built a powerful and elegant solution to this problem. We are delighted to have been investors since the very beginning and to continue deepening our partnership with the team.”