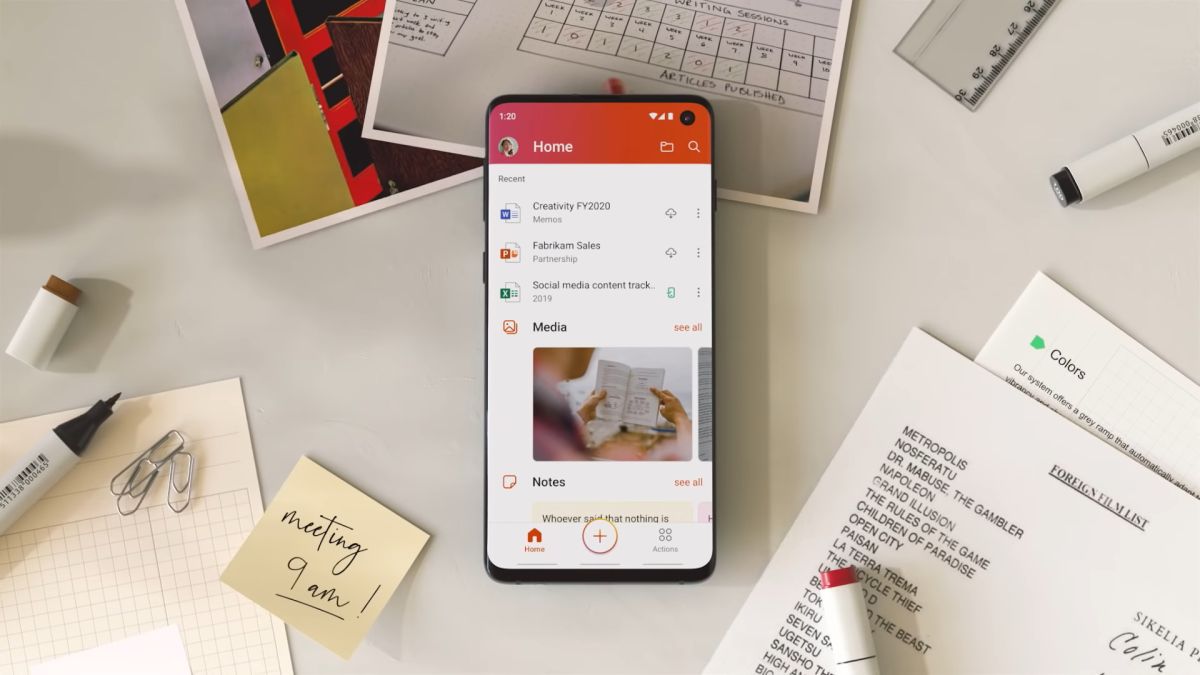 Microsoft is building a new Office app for iOS and Android users, designed to not only encourage you to use Office on the move, but to make it easier to do so.

The new Office Mobile app serves as something of a hub for the main Office apps, Word, Excel and PowerPoint, but it also provides access to other options such as PDF creation and signing.

If Office Mobile sounds like a familiar name, that’s because it started like as a Samsung exclusive, but now Microsoft is extending support to other devices.  In creating the app, Microsoft says that it “considered how people’s expectations differ when using a phone versus a computer [and] set out to optimize for simplicity, efficiency, and common mobile needs.”

The result is an app that combines the power of Word, Excel and PowerPoint, eliminating the need to a series of individual apps, and throws in a few handy mobile-specific extras for good measure.

Sticky Notes are on hand to let you make quick jottings, and your phone’s camera can be used to create documents in a flash. For instance, a photo of a text documents can be quickly transformed into an editable Word file, while photographs of tables can be turned into Excel spreadsheets.

There’s also a new Actions pane, which Microsoft says it introduced to house links to tasks such as:

Microsoft has also put together a short video showing what the Office Mobile app has to offer:

Android users who are interested in trying out the Office Mobile app can sign up for access to the preview. There’s also a TestFlight program for iOS, but sadly it’s already full at the time of writing.

Microsoft hasn’t yet revealed the app’s release date, but we’ll be sure to let you know when more details are available.