Gradeup, an edtech startup in India that operates an exam preparation platform for undergraduate and postgraduate level courses, has raised $7 million from Times Internet as it looks to expand its business in the country.

Times Internet, a conglomerate in India, invested $7 million in Series A and $3 million in Seed financing rounds of the four-year-old Noida-based startup, it said. Times Internet is the only external investor in Gradeup, they said.

Gradeup started as a community for students to discuss their upcoming exams, and help one another with solving questions, said Shobhit Bhatnagar, cofounder and CEO of Gradeup, in an interview with TechCrunch.

While those functionalities continue to be available on the platform, Gradeup has expanded to offer online courses from teachers to help students prepare for exams in last one year, he said. These courses, depending on their complexity and duration, cost anywhere between Rs 5,000 ($70) and Rs 35,000 ($500). 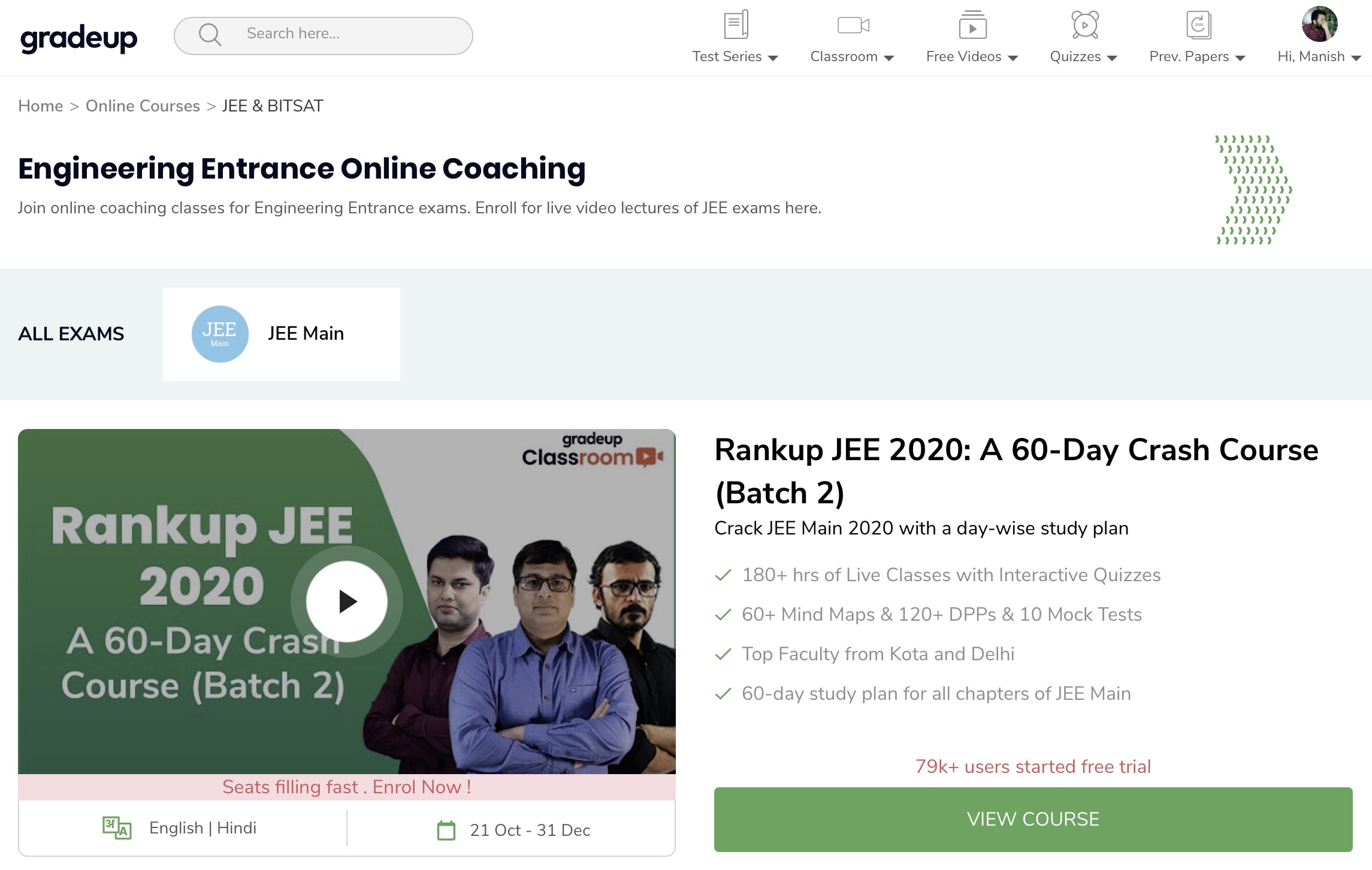 “These are live lectures that are designed to replicate the offline experience,” he said. The startup offers dozens of courses and runs multiple sessions in English and Hindi languages. As many as 200 students tune into a class simultaneously, he said.

Students can interact with the teacher through a chatroom. Each class also has a “student success rate” team assigned to it that follows up with each student to check if they had any difficulties in learning any concept and take their feedback. These extra efforts have helped Gradeup see more than 50% of its students finish their courses — an industry best, Bhatnagar said.

Each year in India, more than 30 million students appear for competitive exams. A significant number of these students enroll themselves to tuitions and other offline coaching centers.

“India has over 200 million students that spend over $90 billion on different educational services. These have primarily been served offline, where the challenge is maintaining high quality while expanding access,” said Satyan Gajwani, Vice Chairman of Times Internet.

In recent years, a number of edtech startups have emerged in the country to cater to larger audiences and make access to courses cheaper. Byju’s, backed by Naspers and valued at over $5.5 billion, offers a wide-ranging self-learning courses. Vedantu, a Bangalore-based startup that raised $42 million in late August, offers a mix of recorded and live and interactive courses. 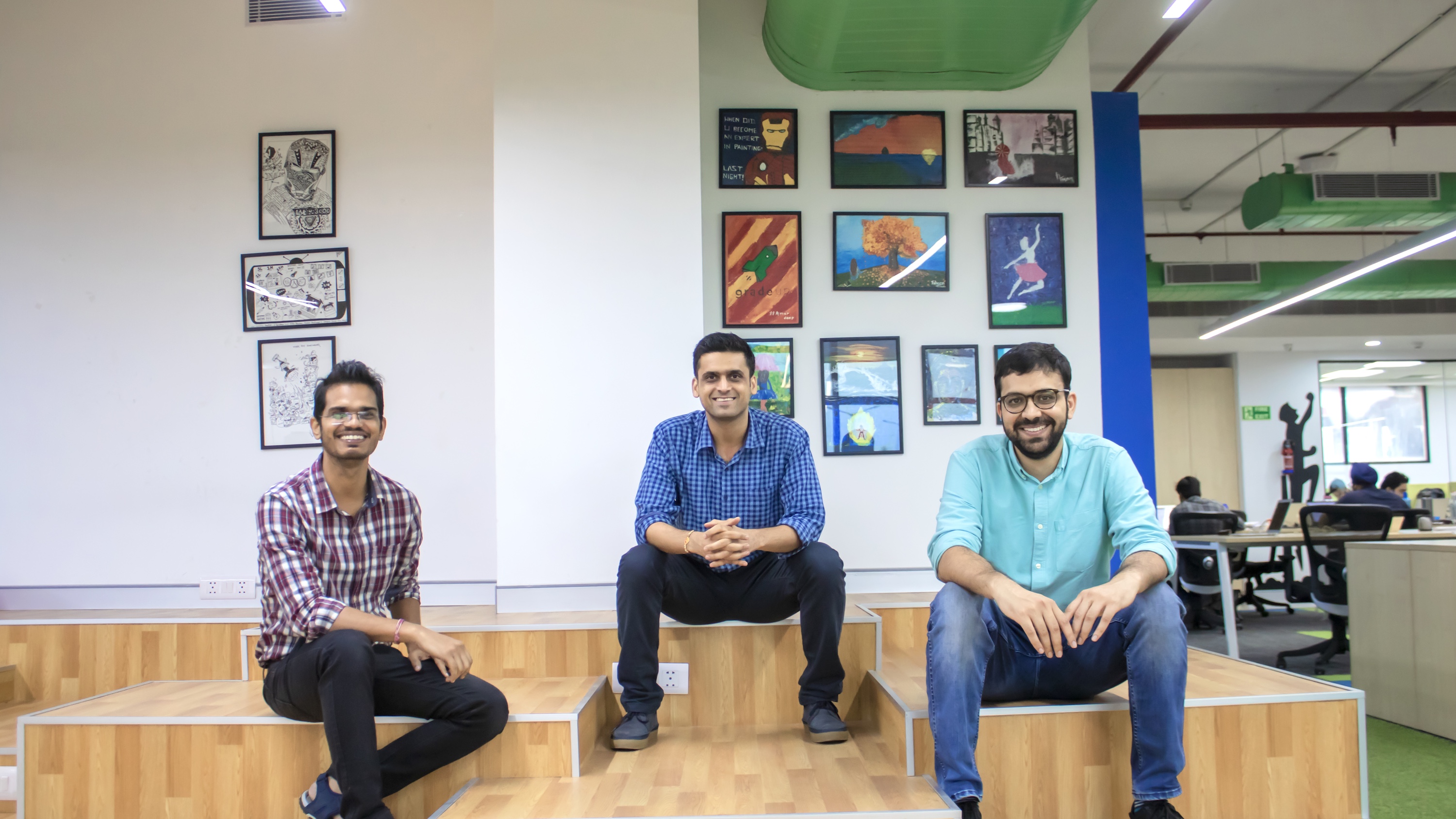 But still, only a fraction of students take online courses today. One of the roadblocks in their growth has been access to mobile data, which until recent years was fairly expensive in the country. But arrival of Reliance Jio has solved that issue, said Bhatnagar. The other is acceptance from students and more importantly, their parents. Watching a course online on a smartphone or desktop is still a new concept for many parents in the country, he said. But this, too, is beginning to change.

“The first wave of online solutions were built around on-demand video content, either free or paid. Today, the next wave is online live courses like Gradeup, with teacher-student interactivity, personalisation, and adaptive learning strategies, deliver high-quality solutions that scale, which is particularly valuable in semi-urban and rural markets,” said Times Internet’s Gajwani.

“These match or better the experience quality of offline education, while being more cost-effective. This trend will keep growing in India, where online live education will grow very quickly for test prep, reskilling, and professional learning,” he added.

Gradeup has amassed over 15 million registered students who have enrolled to live lectures. The startup plans to use the fresh capital to expand its academic team to 100 faculty members (from 50 currently) and 200 subject matters and reach more users in smaller cities and towns in India.

“Students even in smaller cities and towns are paying a hefty amount of fee and are unable to get access to high-quality teachers,” Bhatnagar said. “This is exactly the void we can fill.”