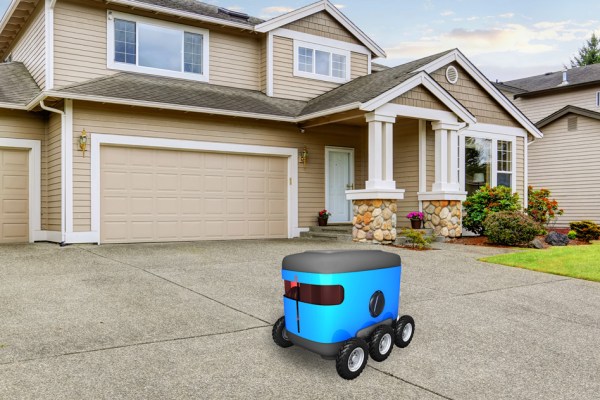 Researchers at MIT have developed a new method of navigation for robots that could be very useful for the range of companies working on autonomous last-mile delivery. In short, the team has worked out how a robot can figure out the location of a front door, without being provided a specific map in advance.

Most last-mile autonomous delivery robots today, including the ‘wheeled cooler’-style variety that was pioneered by Starship and has since been adopted by a number of other companies, including Postmates, basically meet customers at the curb. Mapping isn’t the only barrier to having future delivery bots go all the way to the door, just like the humans who make those deliveries today.

MIT News points out that mapping an entire neighborhood with the level of specificity required to do true front-door delivery would be incredibly difficult – particularly at national (let alone global) scale. Since that seems unlikely to happen, and especially unlikely for every company looking at building autonomous delivery networks to source separately, they set out to devise a navigation method that lets a robot process cues in its surroundings on the fly to figure out a front door’s location.

This is a variation on what you may have heard of referred to as SLAM, or simultaneous localization and mapping. The MIT team’s innovative twist on this approach is that in place of a semantic map, wherein the robot identifies objects in its surroundings and labels them, they devised a ‘cost-to-go’ map, which uses data from training maps to color-code the surroundings into a heat map wherein it can determine which parts are more likely to be close to a ‘front door’ and which are not, and immediately chart the most efficient path to the door based on that info.

It’s a much, much more simplified version of what we do when we encounter new environments we’ve never seen directly before – you know what’s likely to be the front door of a house you’ve never seen just by looking at it, and you know that essentially because you’re comparing it against your memory of past houses and how those properties have been laid out, even if you’re doing that all without even thinking about it.

Delivery is only one use case for this kind of intelligent local environment mapping, but it’s a good one that might see actual commercial use sooner rather than later.