China Roundup: TikTok stumbles in the US and Huawei shipments continue to surge

Hello and welcome back to TechCrunch’s China Roundup, a digest of recent events shaping the Chinese tech landscape and what they mean to people in the rest of the world. It’s been a very busy last week of October for China’s tech bosses, but first, let’s take a look at what some of them are doing in the neck of your woods.

TikTok’s troubles in the U.S.

The challenge facing TikTok, a burgeoning Chinese video-sharing app, continues to deepen in the U.S. Lawmakers have recently called for an investigation into the social network, which is operated by Beijing-based internet upstart ByteDance, over concerns that it could censor politically sensitive content and be compelled to turn American users’ data over to the Chinese government.

TikTok is arguably the first Chinese consumer app to have achieved international scale — more than 1 billion installs by February. It’s done so with a community of creators good at churning out snappy, light-hearted videos, highly localized operations and its acquisition of rival Musical.ly, which took American teens by storm. In contrast, WeChat has struggled to build up a significant overseas presence and Alibaba’s fintech affiliate Ant Financial has mostly ventured abroad through savvy investments.

TikTok denied the American lawmakers’ allegations in a statement last week, claiming that it stores all U.S. user data locally with backup redundancy in Singapore and that none of its data is subject to Chinese law. Shortly after, on November 1, Reuters reported citing sources that the U.S. government has begun to probe into ByteDance’s acquisition of Musical.ly and is in talks with the firm about measures it could take to avoid selling Musical.ly. ByteDance had no further comment to add beyond the issued statement when contacted by TechCrunch.

The new media company must have seen the heat coming as U.S.-China tensions escalate in recent times. In the long term, TikTok might have better luck expanding in developing countries along China’s Belt and Road Initiative, Beijing’s ambitious global infrastructure and investment strategy. The app already has a footprint in some 150 countries with a concentration in Asia. India accounted for 44% of its total installs as of September, followed by the U.S. at 8%, according to data analytics firm Sensor Tower.

ByteDance is also hedging its bets by introducing a Slack-like workplace app and is reportedly marketing it to enterprises in the U.S. and other foreign countries. The question is, will ByteDance continue its heavy ad spending for TikTok in the U.S., which amounted to as much as $3 million a day according to a Wall Street Journal report, or will it throttle back as it’s said to go public anytime soon? Or rather, will it bow to U.S. pressure, much like Chinese internet firm Kunlun selling LGBTQ dating app Grindr (Kunlun confirmed this in a May filing), to offload Musical.ly?

Huawei is still selling a lot of phones

The other Chinese company that’s been taking the heat around the world appears to be faring better. Huawei clung on to the second spot in global smartphone shipments during the third quarter and recorded the highest annual growth out of the top-5 players at 29%, according to market analytics firm Canalys. Samsung, which came in first, rose 11%. Apple, in third place, fell 7%. Despite a U.S. ban on Huawei’s use of Android, the phone maker’s Q3 shipments consisted mostly of models already in development before the restriction was instated, said Canalys. It remains to be seen how distributors around the world will respond to Huawei’s post-ban smartphones.

Another interesting snippet of Huawei handset news is that it’s teamed up with a Beijing-based startup named ACRCloud to add audio recognition capabilities to its native music app. It’s a reminder that the company not only builds devices but has also been beefing up software development. Huawei Music has a content licensing deal with Tencent’s music arm and claims some 150 million monthly active users, both free and paid subscribers. 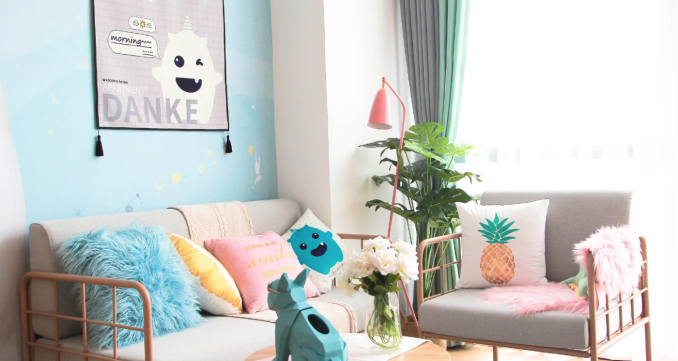 China’s modern-day nomads want flexible and cost-saving housing as much as their American counterparts do. The demand has given rise to apartment-rental services like Danke, which is sometimes compared to WeLive, a residential offering from the now besieged WeWork that provides fully-furnished, shared apartments on a flexible schedule.

Four-year-old Danke has filed with the U.S. Securities and Exchange Commission and listed its offering size at $100 million, typically a placeholder to calculate registration fees. Backed by Jack Ma-controlled Ant Financial, the loss-making startup is now leasing in 13 Chinese cities, aggressively growing the number of apartments it operated to 406,746 since 2015. Its smaller rival Qingke has also filed to go public in the U.S. this week. Also operating in the red, Qingke has expanded its available rental units to 91,234 since 2012.

Apartment rental is a capital-intensive game. Services like Danke don’t normally own property but instead lease from third-party apartment owners. That means they are tied to paying rents to the landlords irrespective of whether the apartments are ultimately subleased. They also bear large overhead costs from renovation and maintenance. Ultimately, it comes down to which player can arrange the most favorable terms with landlords and retain tenants by offering quality service and competitive rent.

Also worth your attention