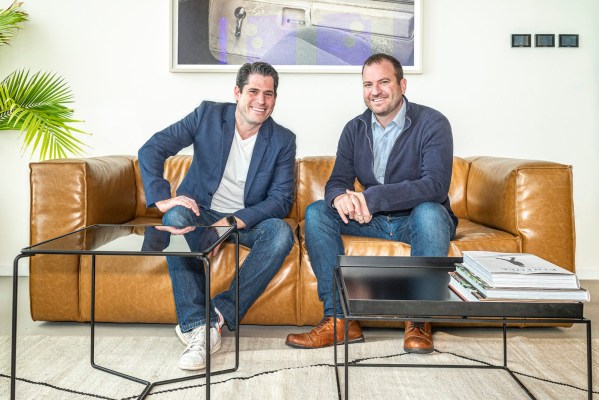 While large entertainment companies scramble to catch up to streaming content platforms, more fundamental upheaval is headed their way as a result of technological advances in artificial intelligence and 5G.

Former ProSiebenSat.1 executive Kevin Baxpehler (based in Tel Aviv) and former Google Ventures partner Eze Vidra (based in London) launched Remagine Ventures earlier this year with a $35 million fund that bridges the gap between technologists at the forefront of change and the largest owners of content.

Backed by a roster of multi-billion-dollar media companies in Europe, Asia and the U.S. as its limited partners, their firm operates independently (and focuses on financial return) but aims to provide strategic value to portfolio companies and insight into the future for its LPs. Vidra referred to it as “a multi-corporate Google Ventures type of model.”

The firm’s focus on entertainment technologies has a B2B bent, with a geographic focus on Israel as its primary hub and with most of its initial portfolio selling to enterprise media companies. That makes Remagine’s ability to guide entrepreneurs through the halls of traditional media giants highly relevant; it also means it can gauge whether traditional media companies are likely to buy a startup’s product before they invest.

I spoke with Baxpehler and Vidra to learn more about their playbook and why they believe a wave of entertainment tech companies is about to come out of Israel. Here’s the transcript of our conversation (edited for length and clarity):

Eric Peckham: Are there specific investment theses within entertainment that you are hunting for startups in?

We believe that recent technological developments such as GANs (generative adversarial networks), coupled with new powerful computing power like new microprocessing chips and 5G, will change how brands, consumers, and stars/influencers will all interact. It creates tremendous opportunities to invest.

Eze Vidra: Remagine Ventures invests independently in seed and pre-seed startups at the intersection of entertainment, tech, data and commerce. Seed investing is particularly hard for corporates to do directly (because of a combination of reasons including speed, signaling risk and the challenges of deal flow for corporates) so we specialise at that stage by sourcing real time feedback from the market.

We are seeing industries and disciplines converge and find the intersections to be the most ripe areas of opportunity. For example, content + commerce, AI + entertainment, gaming + live stream tech giving us esports as a cultural phenomenon changing consumer behaviour.

Give me some examples of what startups at these intersection points will look like.

Vidra: The two core tenants of our thesis are 1) changing consumer behavior — for example, how esports is moving young viewers to engage with gaming — and 2) new technologies that make new forms of entertainment possible, primarily driven by AI.

Our portfolio company Syte is an image-recognition and computer-vision company that recognizes the products inside images and videos with a very high degree of accuracy. They are working with top retailers globally and Samsung selected them to power the Bixby assistant and is rolling them out globally. It’s been tried before, but the difference with Syte’s product is the level of accuracy.

We invested in HourOne, which is a synthetic video company using generative adversarial networks to generate video without the camera. It has multiple use cases, from reducing the cost of video production to programmatic video, to text-to-speech to gaming.

Another example is Vault, which uses deep learning to predict the success of scripted projects, whether it’s movies or TV shows down to the box office opening Rotten Tomatoes scores, the probability of there being a season two, the demographics that are most impacted, etc. So bringing a more data-driven approach to marketing films and shows.

Being vertically-focused means that we can attract relevant dealflow from both entrepreneurs and co-investors. As we evaluate startups, we look for interesting teams that are leveraging new technology (or taking an interesting consumer angle) that can scale and we focus on helping them open doors internationally.

To what extent is your interest focused on startups selling their technology to enterprise media companies versus startups building tools for the broader landscape of small content creators?