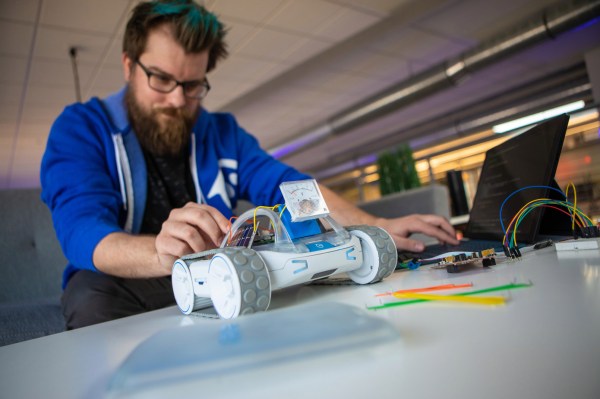 Following a crowdfunding campaign that raised an impressive $1 million earlier this year, Sphero’s STEM/STEAM kit RVR is now on sale. Announced back in February as part of the Colorado company’s first-ever Kickstarter campaign, RVR presents a bit of a change for Sphero in a number of key ways.

For starters, it’s a move away from the remote control ball design that has defined the majority of its projects since the Orbotix days. RVR is a four wheel system — and more than that, in keeping with Sphero’s relatively recent focus on education, aimed at helping kids learn languages like Python and JavaScript.

It’s also designed to help teach some of the fundamentals of robotics. Though, as Sphero notes, it’s still drivable right out of the box, with minimal assembly required. Beyond that, users can hook in third party boards like Raspberry Pi and Arduino through the USB port, along with products from the recently acquired LittleBits.

“When we launched RVR on Kickstarter earlier this year, we were blown away by the response,”co-founder and Chief Creative Officer. Adam Wilson said in a release “Our community of makers, developers, and teachers all rallied around RVR to make it a huge success even before they could get their hands on one. RVR has significantly extended our reach to makers of all ages, and of all coding abilities. We can’t wait to see what everyone creates with RVR.”

The system starts at $250 through Sphero’s online shop and select retailers.