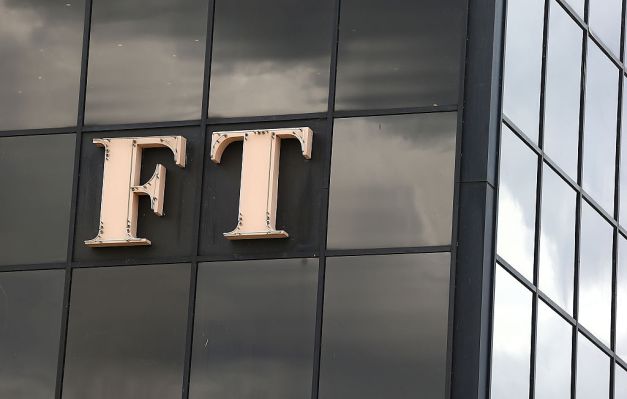 As more and more news businesses turn to paywalls and subscriptions, The Financial Times looks like an early model and success story — a few months ago the organization announced that it’s passed 1 million paying readers, with digital subscribers accounting for more than three-fourths of its circulation.

Now The FT is looking to share some of what it’s learned (and further diversify its business) by launching a new consulting unit called FT Strategies.

Chief Data Officer Tom Betts told me that The FT built a lot of the technology behind its subscription efforts. At first, the team assumed that it might be able to build a business selling that technology to other publishers. After all, Vox Media and The Washington Post are both trying to do something similar with their content management systems.

So it was surprising to hear Betts say that FT Strategy is actually “a pure consulting business.”

Asked whether The FT might eventually start selling a tech product as well, he replied, “Never say never about the technology dimension, but I think as we did our market research and started talking to customers and looking more at the technological landscape out there, we realized that over the years, many of the elements of the technology we have built have become commoditized.”

That doesn’t mean there’s a technology stack that publishers can buy off-the-shelf that can meet all their needs (there’s at least one startup called The News Project trying to piece that stack together).

But Betts argued, “Even if you go and buy best-of-breed technology, that doesn’t mean you can assembly it in the right way to make it useful and meaningful to scale and grow direct-to-consumer revenues. And most importantly it doesn’t mean that you know how to operate it with teams and how to actually use it to successfully scale and grow your business.”

That’s precisely what FT Strategies is trying to provide. In fact, Betts said the company has already been quietly testing out the idea in beta and built up a customer list that includes Bonnier, The Business of Fashion, Penguin Random House and the V&A — so not just news companies, but also a book publisher and an art and design museum.

He went on to argue that FT Strategies could potentially work with any company that’s “either facing disruption as the news media industry has” or that’s in a sector that’s part of the broader direct-to-consumer trend — basically, any company that needs help figuring out “how do we market to individuals, how do we build relationships to individuals, how do we leverage those relationships both so that the consumers have the most positive and engaging experience with our products and to maximize revenue.”

As for whether any of these business might be leery about giving another company — and, in some cases, a competitor — access to their customer data, Betts said that philosophically, the FT believes that “a healthy paid content ecosystem is good for the FT and it’s good for all the publishers that participate in it.”

More concretely, he said his team is “very clear internally about having the Chinese walls and professional standards for FT Strategy that ensures the right levels of confidentiality of clients’ data [so] their confidential information doesn’t leak back into the core operation.”