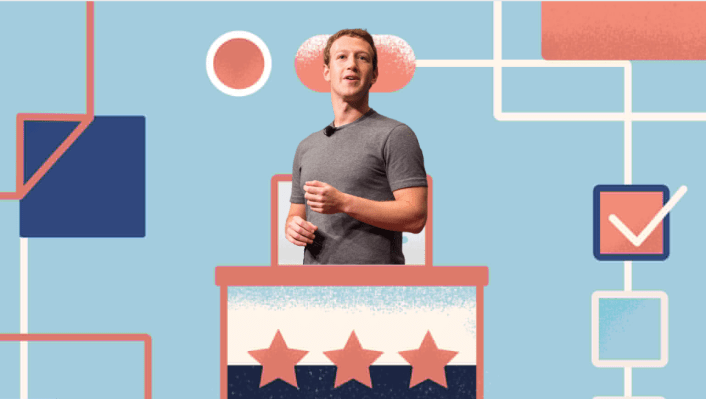 In yet another letter seeking to pry accountability from Facebook, the chair of a British parliamentary committee has pressed the company over its decision to adopt a policy on political ad that supports flagrant lying.

In the letter Damian Collins, chair of the DCMS committee, asks the company to explain why it recently took the decision to change its policy regarding political ads — “given the heavy constraint this will place on Facebook’s ability to combat online disinformation in the run-up to elections around the world”.

“The change in policy will absolve Facebook from the responsibility of identifying and tackling the widespread content of bad actors, such as Russia’s Internet Research Agency,” he warns, before going on to cite a recent tweet by the former chief of Facebook’s global efforts around political ads transparency and election integrity  who has claimed that senior management ignored calls from lower down for ads to be scanned for misinformation.

“I also note that Facebook’s former head of global elections integrity ops, Yael Eisenstat, has described that when she advocated for the scanning of adverts to detect misinformation efforts, despite engineers’ enthusiasm she faced opposition from upper management,” writes Collins.

Facebook hired me to head Elections Integrity ops for political ads. I asked if we could scan ads for misinfo. Engineers had great ideas. Higher ups were silent. Free speech is b.s. answer when FB takes $ for ads. Time to regulate ads same as tv and print.https://t.co/eKJmH7Sa7r

In a further question, Collins asks what specific proposals Eisenstat’s team made; to what extent Facebook determined them to be feasible; and on what grounds were they not progressed.

He also asks what plans Facebook has to formalize a working relationship with fact-checkers over the long run.

A Facebook spokesperson declined to comment on the DCMS letter, saying the company would respond in due course.

In a naked display of its platform’s power and political muscle, Facebook deployed a former politician to endorse its ‘fake ads are fine’ position last month — when head of global policy and communication, Nick Clegg, who used to be the deputy prime minister of the UK, said: ” We do not submit speech by politicians to our independent fact-checkers, and we generally allow it on the platform even when it would otherwise breach our normal content rules.”

So, in other words, if you’re a politician you get a green light to run lying ads on Facebook.

Clegg was giving a speech on the company’s plans to prevent interference in the 2020 US presidential election. The only line he said Facebook would be willing to draw was if a politician’s speech “can lead to real world violence and harm”. But from a company that abjectly failed to prevent its platform from being misappropriated to accelerate genocide in Myanmar that’s the opposite of reassuring.

“At Facebook, our role is to make sure there is a level playing field, not to be a political participant ourselves,” said Clegg. “We have a responsibility to protect the platform from outside interference, and to make sure that when people pay us for political ads we make it as transparent as possible. But it is not our role to intervene when politicians speak.”

In truth Facebook roundly fails to protect its platform from outside interference too. Inauthentic behavior and fake content is a ceaseless firefight that Facebook is nowhere close to being on top of, let alone winning. But on political ads it’s not even going to try — giving politicians around the world carte blanche to use outrage-fuelling disinformation and racist dogwhistles as a low budget, broad reach campaign strategy.

We’ve seen this before on Facebook of course, during the UK’s Brexit referendum — when scores of dark ads sought to whip up anti-immigrant sentiment and drive a wedge between voters and the European Union.

And indeed Collins’ crusade against Facebook as a conduit for disinformation began in the wake of that 2016 EU referendum.

Since then the company has faced major political scrutiny over how it accelerates disinformation — and has responded by creating a degree of transparency on political ads, launching an archive where this type of advert can be searched. But that appears as far as Facebook is willing to go on tackling the malicious propaganda problem its platform accelerates.

In the US, senator Elizabeth Warren has been duking it out publicly with Facebook on the same point as Collins rather more directly — by running ads on Facebook saying it’s endorsing Trump by supporting his lies.

There’s no sign of Facebook backing down, though. On the contrary. A recent leak from an internal meeting saw founder Mark Zuckerberg attacking Warren as an “existential” threat to the company. While, this week, Bloomberg reports that Facebook’s executive has been quietly advising a Warren rival for the Democratic nomination, Pete Buttigieg, on campaign hires.

So a company that hires politicians to senior roles, advises high profile politicians on election campaigns, tweaks its policy on political ads after a closed door meeting with the current holder of the office of US president, Donald Trump, and ignores internal calls to robustly police political ads, is rapidly sloughing off any residual claims to be ‘just a technology company’. (Though, really, we knew that already.)

In the letter Collins also presses Facebook on its plan to rollout end-to-end encryption across its messaging app suite, asking why it can’t limit the tech to WhatsApp only — something the UK government has also been pressing it on this month.

He also raises questions about Facebook’s access to metadata — asking whether it will use inferences gleaned from the who, when and where of e2e encrypted comms (even though it can’t access the what) to target users with ads.

Facebook’s self-proclaimed ‘pivot to privacy‘ — when it announced earlier this year a plan to unify its separate messaging platforms onto a single e2e encrypted backend — has been widely interpreted as an attempt to make it harder for antitrust regulators to break up its business empire, as well as a strategy to shirk responsibility for content moderation by shielding itself from much of the substance that flows across its platform while retaining access to richer cross-platform metadata so it can continue to target users with ads…