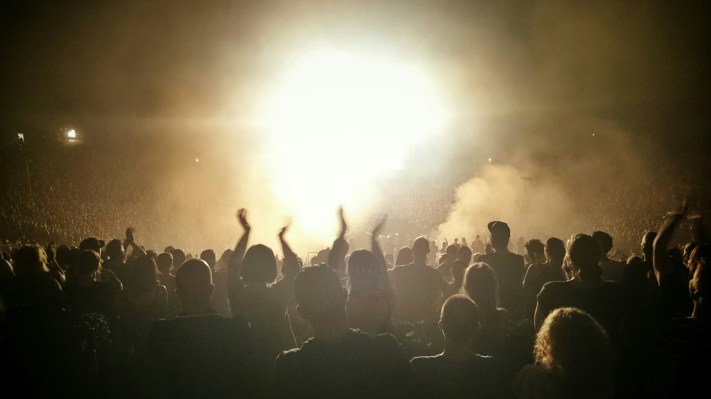 YellowHeart is trying to solve a problem that should be familiar to anyone who’s ever tried to buy a ticket for a popular concert: Those tickets will often get snatched up by scalpers, who then resell them at a much higher price.

In fact, the startup’s CEO, Josh Katz, said he founded the company because he’s a music “megafan” himself, and he was “just tired of getting ripped off by scalpers.” At the same time, he said this isn’t just a problem for concertgoers. Instead, he painted it as a “lose-lose for the fan and the artist,” because the musicians aren’t sharing in the profits from the marked-up tickets, either.

So YellowHeart can allow a musician, concert venue or other “event initiator” to set up rules for how their tickets are resold. Katz said he’s hoping that some brave artists will simply say their tickets can’t be sold at a marked-up price, but he predicted that many more will set price ceilings and dictate that any resale profits are then split between the seller, the artist and/or a charity of the artist’s choosing.

The plan is to launch the ticketing platform in the second quarter of next year. Katz said users should be able to sell their tickets on any marketplace that works with YellowHeart’s smart contracts — but he acknowledged that it will take some time to bring partners on-board and for those integrations to go live.

Katz argued that the blockchain approach has other benefits, like the fact that each ticket will have “a unique key that is tied to a user’s identity and sits in their virtual wallet,” which should eliminate forgery. (The ticketing process, by the way, will be “fully digital end-to-end,” except that venues will have the option to print tickets at the box office.)

Katz has a background in the music industry, having previously founded El Media Group, which creates custom playlists for hotels, restaurants and other clients. He founded YellowHeart with The Chainsmokers, along with their manager Adam Alpert, who’s also CEO of Disruptor Records.

“With The Chainsmokers, we’ve been outspoken about the issue of scalpers for years, and are excited to partner with YellowHeart to provide a smart and effective solution that gives control back to artists and fans,” Alpert said in a statement.

And Katz suggested that YellowHeart’s platform could eventually be used in any other kind of event ticketing.

“I am anticipating this being a great platform for sports and theater as well,” he said. “Myself and Adam and Drew [Taggart] and Alex [Pall of The Chainsmokers] come out of music, so that’s where we’re starting.”