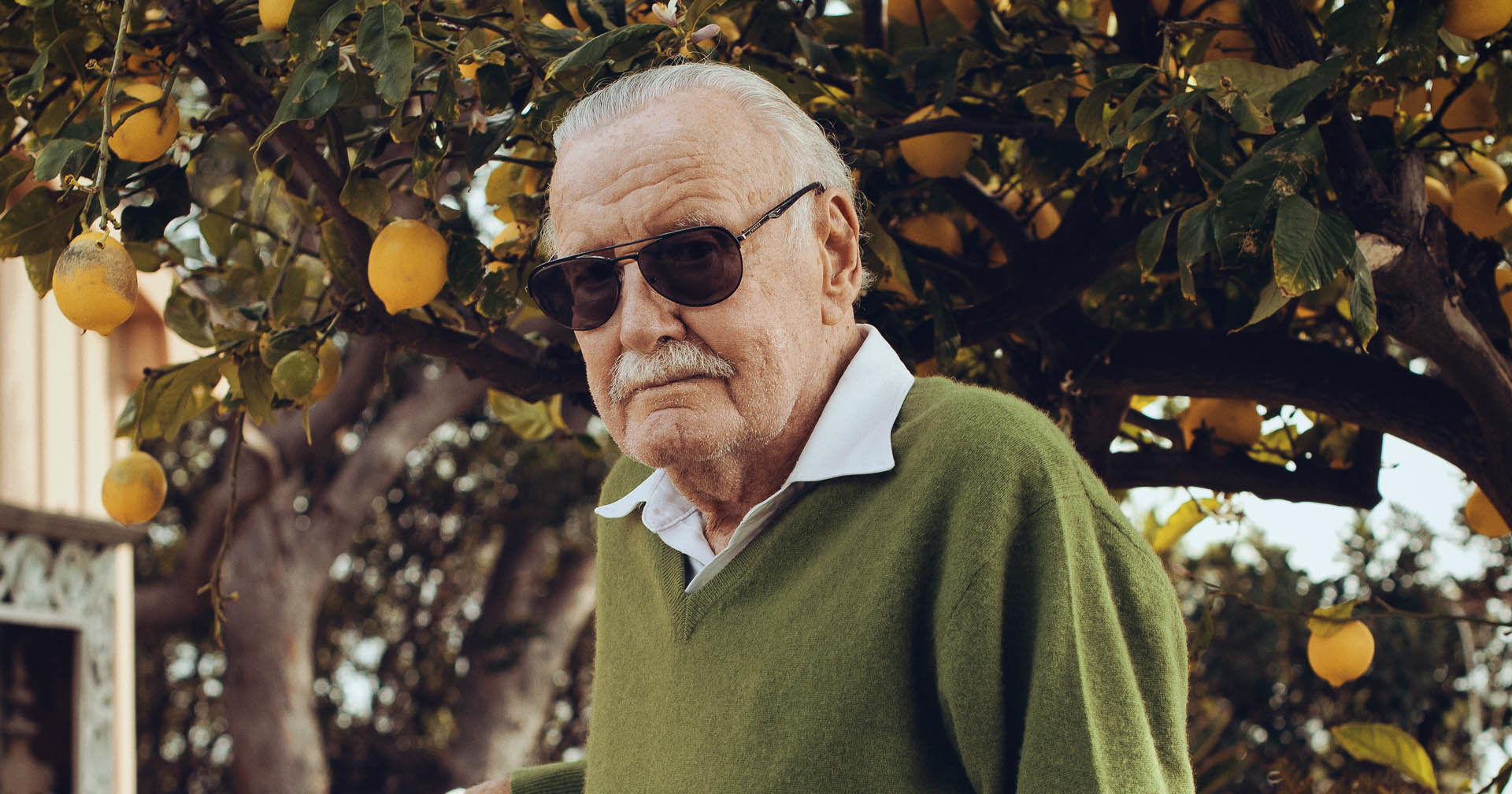 Stan Lee, the legendary Marvel Comics editor who co-created Spider-Man, the Avengers, and the X-Men, passed away last year at the age of 95. Author Kat Rosenfield got the opportunity to work with him on one of his final projects, a superhero novel called A Trick of Light.

“He had the most unbelievable creative enthusiasm,” Rosenfield says in Episode 383 of the Geek’s Guide to the Galaxy podcast. “He was an incredibly spontaneously creative person. He was having ideas well into his 90s.”

In A Trick of Light, a teenage YouTuber named Cameron Ackerson is struck by lightning and finds himself gifted with “cyberkinesis,” the ability to manipulate computers with his mind. But events soon spiral out of control, as Cameron finds himself enmeshed in the internet’s dark side.

“Stan felt that the internet had not necessarily lived up to its promise,” Rosenfield says. “Instead of connecting people, it was having the effect of tribalizing them. Even though people could get online and talk to people anywhere in the world, a lot of us felt more alone than ever.”

Rosenfield initially worried that she wasn’t geeky enough to work on A Trick of Light, but says that her collaborators, who also included Luke Lieberman and Ryan Silbert, felt that she would bring a fresh perspective to the project. “They decided they wanted to go in a little bit of a different direction and get somebody from more of a literary fiction background,” she says. “I think the guys felt that they were representing the truly hardcore nerdy side, so it was cool to diversify things a little bit.”

She was also able to draw on her experiences with some of the internet’s stranger corners.

“We were trying to come up with some imaginary conspiracy theories for somebody to be involved with,” she says, “and I’d provided a few examples, and they said, ‘These are too out there. It’s too ridiculous.’ And I said, ‘Oh no no.’ And I think I sent them the clip of Alex Jones yelling about how chemicals are turning all of the frogs gay. So yeah, that was a little educational moment.”

Listen to the complete interview with Kat Rosenfield in Episode 383 of Geek’s Guide to the Galaxy (above). And check out some highlights from the discussion below.

Kat Rosenfield on her novel Inland:

“I started thinking about it at the time that Twilight had become a really big deal, and everyone was trying to figure out what the next big thing was going to be, and in all the YA musings on future trends, somebody said, ‘Since we’ve already done vampires, and we’ve done werewolves, the next big thing is going to be mermaids.’ And I thought, ‘Well, that’s dumb. I don’t want to write a mermaid book. That’s ridiculous.’ And then I started thinking, ‘If I had to write a mermaid book—if someone put a gun to my head and said “Write a mermaid book right now”—what would it be?’ And from there I started noodling on this idea of a darker twist on different mermaid lore, and specifically Hans Christian Anderson’s ‘The Little Mermaid,’ and I came up with something that was interesting enough to me that I decided to write it after all.”

“Women are always apologizing for taking up space. And it’s not just about getting a project, but then about aggressively promoting it, or thinking that you have the right to be in this space, telling this story, instead of somebody else. I think that women struggle with that, and unfortunately I think there are a lot of people out there who are aware of that, and who prey upon it to tell women that they shouldn’t be taking up space—and even sometimes it’s other women doing it. So it’s about having that confidence to just be a working writer and feel like you deserve to be there. … There was a point where I said to myself, ‘If you weren’t right for this opportunity, it wouldn’t be presenting itself in this way.’ I thought, ‘Yes, it’s new. But you can do this.’”

“I had forgotten that Stan had this mid-credits scene [in Guardians of the Galaxy 2] where he’s alone in a spacesuit on this barren planet, and these gentlemen who were supposed to give him a ride home are all leaving him behind, because he’s been talking obnoxiously and they’re tired of it. And as they’re leaving him, he says, ‘Aw geez, guys, come back. I’ve got so many more stories to tell.’ And I was just ugly crying, not prepared, because he did have so many stories to tell. And the thing that really was brought home to me in that moment, is that [his collaborators] have this privilege, but also this responsibility, to make sure they keep going, because there are all of these stories—all of this work—that hasn’t seen the light of day yet.”

“A petition started circulating amongst a writers group on Facebook, where people were saying, ‘Let’s petition [the publisher] to pull this book for edits, to force edits upon this other writer.’ And it was even in the language of this discussion, it was, ‘What we really want is for this book to be canceled, but saying that we want it pulled for edits will play better.’ So I made what I now realize was the incredibly stupid mistake of registering my alarm that this was happening. … I tweeted about it, saying it was crazy to see people arguing for what’s essentially book banning in the name of social justice, and a horde of very angry people descended into my notifications and called me all kinds of names. And my first thought, after I got over just the horror of what was happening, was, ‘God, this is interesting. Something interesting is happening here.’”