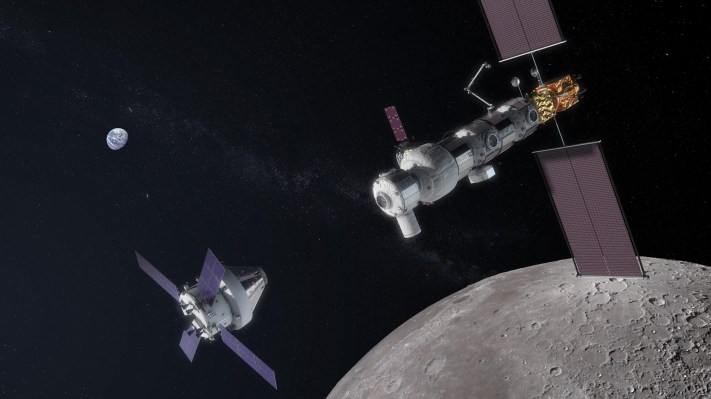 Japan has officially announced that it will participate with NASA’s Lunar Gateway project (via NHK), which will seek to establish an orbital research and staging station around the Moon. The Lunar Gateway is a key component of NASA’s Artemis program, which aims to land the first American woman and the next American man on the surface of the Moon by 2024.

Japan’s involvement was confirmed on Friday at a meeting of the country’s Strategic Headquarters for National Space Policy, at which Japan Prime Minister Shinzo Abe was present. The governing body accepted a recommendation from a panel established to study the possibility that Japan should indeed join NASA’s efforts.

Working with NASA on its Lunar Gateway will serve to benefit Japan in a few ways, the panel determined, including by boosting its profile as a technology leader and by strengthening U.S.-Japan relations when it comes to ensuring space is a place where international collaboration on peaceful ventures and research can take place.

Further details about how Japan will participate aren’t yet available, which makes sense given this decision has only just been made. Japanese lunar exploration startup ispace welcomed the news, and anticipates possibly being able to contribute in some capacity, specifically via the partnership it announced with Draper earlier this year.

“We welcome this development with great optimism for the future of lunar exploration, as well as the relationship between Japan and the United States,” said Takeshi Hakamada, Founder & CEO of ispace in an emailed statement. “We firmly believe the Draper-ispace partnership can complement the US-Japan efforts for a sustainable return to the Moon at the commercial level.”