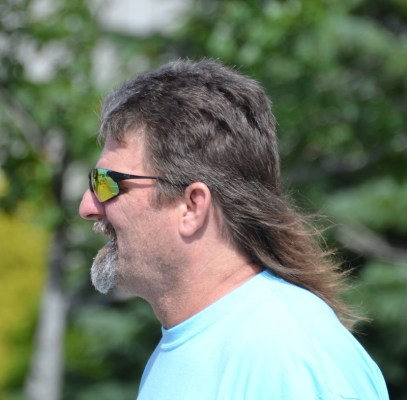 For many years the allure of Silicon Valley was contingent on the ability to move here. Its ecosystem didn’t work remotely. “We see a very strong indication that where you’re located does matter… come to Silicon Valley,” intoned Joe Kraus of Google Ventures at the first Disrupt conference I ever intended, speaking for essentially all VCs, including Y Combinator.

Easy enough if you’re American. Much, much trickier if you need a visa to get there. Is it still true that the Valley doesn’t work remotely? Or is there another path for startups from faraway countries these days? Last week I sat down with Alexis Ohanian in his ancestral homeland of Armenia to discuss this.

Every nation seems to have its own set of incubators and seed investors these days. Armenia is no exception: I met Ohanian at the launch event for Aybuben Ventures, a VC fund “for Armenia and The Armenians.” (As I wrote last week, the Armenian diaspora is a big deal.) But what happens next, when you need to raise a serious Series A, but your local market realistically isn’t big enough to support your company?

Even five years ago you would have had a lot of trouble tapping into the Valley. Since then, though, things have changed. The price of Bay Area talent — and real estate — has led to the rise of “mullet startups,” as coined by Andreessen Horowitz’s Andrew Chen. Such comapnies have their headquarters in the Bay to take advantage of the Valley, but their tech teams somewhere cheaper and more spacious. “Business up front, party out back.”

Ohanian’s point is that there’s no reason the mullet model can’t work backwards: launch a company with a strong tech team in some remote location, then, when you hit the inflection point, open a Bay Area office, move the executive team there, and turn yourself into a mullet startup. (Aided by the fact that if coming as a company, your visa options widen to include e.g. the EB-5 Immigrant Investor Visa.) Call it the “reverse mullet,” exemplified by e.g. PicsArt.

This model is especially viable for nations which have deep engineering / tech talent, so that the “party out back” tech team becomes an ongoing competitive advantage. (This is part of why Ohanian keeps hammering home the importance of learning to code during his visits to Armenia, something which is probably easier in a nation which already features compulsory chess education.) All of which sounds great in theory —

— but it’s not like we see a herd of unicorns with reverse mullets out there … yet. If we do, though, that will be an exceptionally interesting new growth model, with significant ramifications — a way for Silicon Valley to essentially metastasize to the rest of the world. This in turn will, ironically, reify its primacy as the center of the global tech industry, the sun around which all the faraway planets orbit, after so many prophecies of decentralization. Count the reverse mullet unicorns in three years, and if there are more than a mere few, we’ll know the answer.