Source: Nike has picked up Russell Wilson’s Tally/TraceMe in a rare acquisition 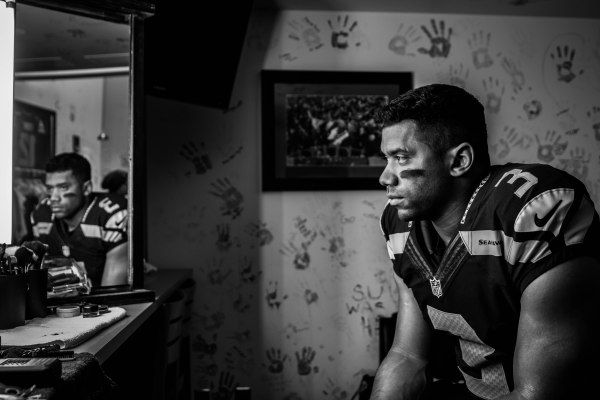 Nike has long been synonymous with premium sneakers and other sports gear, but now it seems that the company could be extending its brand into another area — digital media — thanks to the rumored acquisition of a Seattle-based startup.

TechCrunch has learned from a source that the multibillion-dollar sports giant has acquired TraceMe, which originally built an app to let fans engage with sports stars and other celebrities before later pivoting into a service called Tally, a platform aimed at sports teams, broadcasters and venues to help fans engage around sporting events.

TraceMe was originally founded by Russell Wilson, the champion quarterback of the Seattle Seahawks, who was the executive chairman of the startup. The company had raised at least $9 million from investors that included the Seattle-based Madrona Venture Group and Bezos Expeditions (Amazon CEO Jeff Bezos’ fund), as well as YouTube co-founder Chad Hurley and others, and it was last valued, in 2017, at $60 million.

Our source said the deal closed in recent weeks and that “it was a good outcome” for the company and investors. It involved both IP — the main interest, the source said, was in TraceMe’s tech rather than Tally’s — and the team.

Indeed, at least eight of them, including TraceMe’s CEO Jason LeeKeenan, an ex-Hulu executive, are now listing Nike as their place of employment. LeeKeenan describes his new role as the head of Nike Seattle. Others on the team now have taken roles that include software engineers, head of product and product designers.

No one at TraceMe and Nike that we contacted has responded to our requests for comment, but just a little while ago GeekWire (which likely had the same tip we did) published a post noting that it had a source that confirmed the deal.

The athletic footwear giant Nike is no stranger to the world of technology: it has been a longtime collaborator with the likes of Apple to develop apps for its devices and has been an early mover on the concept of bringing and integrating cutting-edge (yes, possibly gimmicky) tech into its footwear and other gear. And that’s before you consider Nike as an e-commerce force.

But while the dalliance between sports, tech and fashion is well established, this deal opens up a different frontier for the company. It’s very rare for Nike to make an acquisition, but it makes sense that if it were going to do some M&A, it would be in the area of digital media and picking up engineers to execute on a wider vision in that area.

The company is best known, of course, for its shoes and related sporty clothes, which it has for a long time created in co-branding with the biggest sports stars and has more recently started to extend to a wider circle of celebrities and hot brands in a spirit of sporty street style. These have included the likes of so-cool Supreme, Travis Scott and seemingly tentative forays into music culture.

Nike overshadows all other sports shoe brands in size, with its current market cap at nearly $117 billion, more than twice that of its closest competitor, Adidas. But Adidas has been stealing a march when it comes to partnerships with a wide network of celebrities (even if Drake prefers checks over stripes).

While it isn’t clear yet how and if Nike will be using the startup’s existing services, you could see how a deal like this could help Nike start to think about how it might leverage the collaborations and endorsements it already has in place into experiences beyond shoes, advertising and athletic performance. In this age of Instagram and influencers playing a massive role in shifting consumer sentiment (and dollars), this could give Nike a shot at building its own media platform, independent of these, on its own terms.

This is a bigger trend that we’re seeing across a lot of digital media. Consider how companies like Spotify have extended beyond simple music streaming, investing in building tools to help artists on its platform with marketing and expanding their brands: selling shoes means selling a concept, and that concept needs to have a foothold in a digital experience.