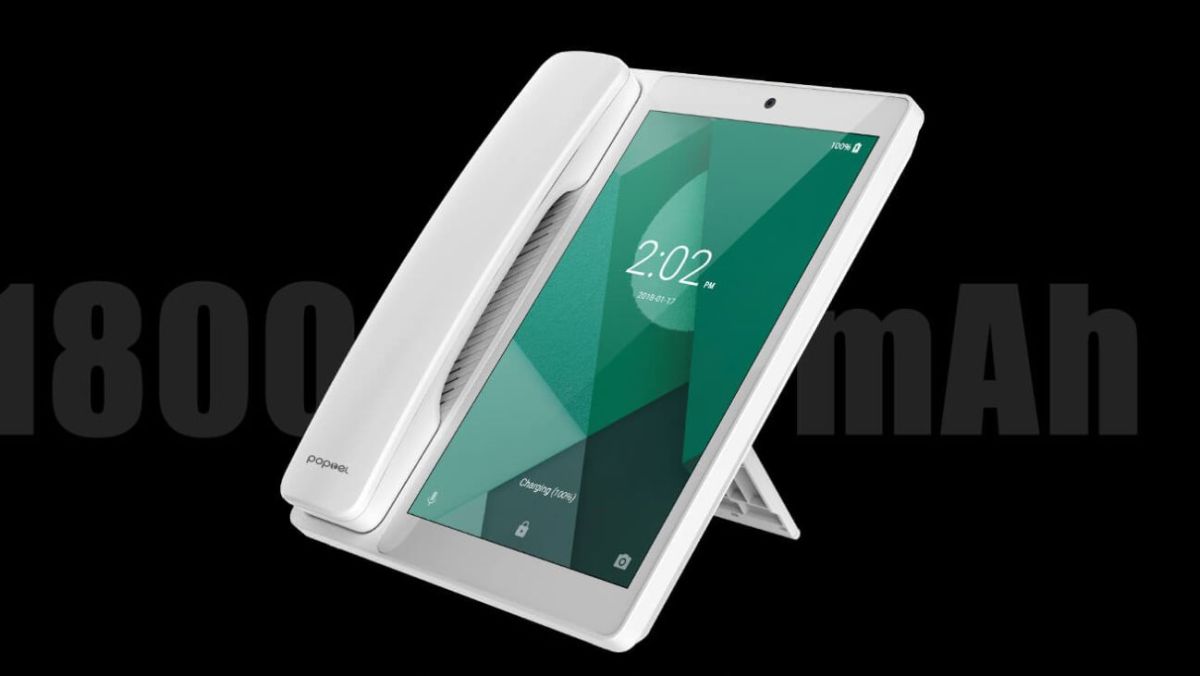 If you’re looking for a new desk companion that offers unbridled connectivity and a retro design, then the Poptel V9 4G could be the device for you.

At just under $163 at Gearbest, it looks like a bargain with its throwback look combined with a modern twist, as there’s no cables between the handset and the base unit, and also no physical buttons on the latter.

Instead, this is an Android tablet with a Bluetooth handset sporting a 4G SIM incorporated – meaning you won’t need a telephone line anymore. The rest of the configuration is also not too shabby; quad core CPU from Spreadtrum, 2GB of RAM, 16GB onboard storage, a 5-megapixel front facing camera (but none at the back), a large 8-inch 1280 x 800 pixel touchscreen, Bluetooth 4.0, Wi-Fi and a 1,800mAh battery.

When showed to one of our fellow TechRadar team members, her immediate reaction was “I want that for work! If it can record calls and you can make notes while you’re chatting, and you can get your calendar on there, it would be fantastic!”

Back to the future

Since it runs Android 8.1, users will be able to download and install any communication apps onto the Poptel V9.

The stand at the rear is foldable but not detachable and the Bluetooth handset is universal, has a built-in battery and four physical buttons just like in yesteryear’s telephones.

There’s even a microSD card reader, a speaker for hands free functionality and an earphone socket, giving a wide range of options just in case you need them. However there’s no RJ11 port, so you won’t be able to plug in a landline from your phone provider. We’d wish for a dual-sim model which would allow it to be far more versatile especially for small businesses.