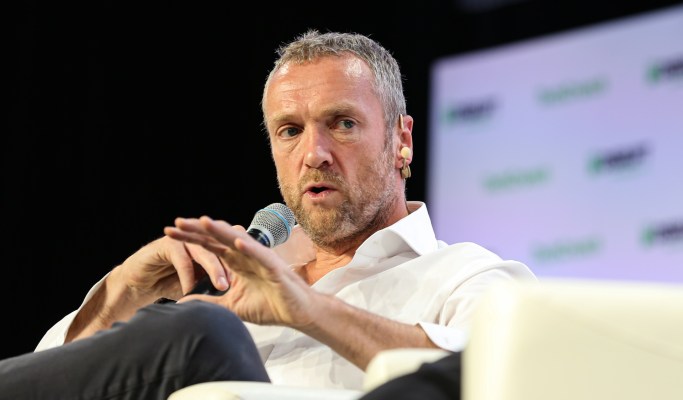 Naspers, a South African internet company that has become a major investor in a wide range of digital commerce companies, has in recent years drawn comparisons to the Japanese conglomerate SoftBank. For one thing, Naspers, like SoftBank, is very global in nature, with investments in more than 90 countries. Naspers, like SoftBank, doesn’t shy from writing big checks, as happened a few years ago when it plugged $100 million into LetGo, a New York-based company whose app aims to make it as easy to sell something as it is to throw it away.

Naspers also goes after startups at a variety of stages with the promise that it can help them expand around the world. LetGo, for example, is now available to users in more than 35 countries.

Still, van Dijk made clear that the comparisons should stop there during the sit-down. Asked how Naspers differentiates itself from SoftBank and whether it would ever form a Vision Fund-esque vehicle to invest money even more aggressively into startups, the answers were that a.) the two are very different and b.) no.

Said van Dijk, “I’ve met [CEO] Masa [Son] and many of his team over the years and they’re an impressive bunch of people. I think what they’ve done is unprecedented and had a big impact on the industry.” Still, Naspers is “not a fund,” he noted; It’s a holding company, and, as such, it can invest for 20 years if it needs. And “that helps, he said. “It allows you to think [about investments] over a long amount of time.” He said this was particularly important around food delivery, into which Naspers has plugged $5 billion in recent years and van Dijk feels strongly has vast potential, even while he acknowledged that for the foreseeable future, the industry is likely to remain to hugely unprofitable.

As for SoftBank, he continued, “They are great investors.” But they are also “broad in their approach,” whereas Naspers is “more focused. We invest in what we really know. What has served us well is to build up expertise, then go bigger. But we couldn’t deploy $100 billion in things that I understand.”

As for how he would judge the performance of SoftBank’s strategy, van Dijk was unsurprisingly democratic. “We co-invested in Flipkart, and we had the same vision of an attractive India market with great growth and great founders.”

Added van Dijk, “They’ve taken a bigger volume approach, and I hope it works out.”

You can catch the entire conversation — in which van Dijk also noted Naspers’s growing interest in U.S. startups, and shared some insights into a new holding company that Naspers recently took public in Europe — below.