Nikon D6: everything we know so far 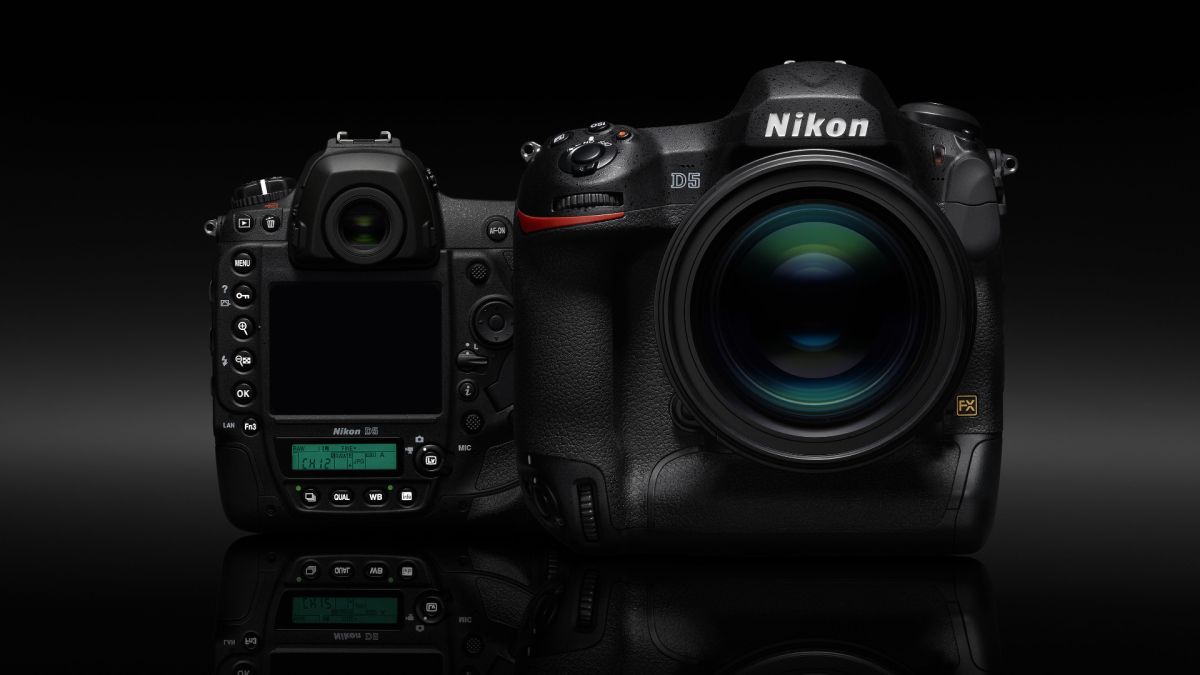 You could be forgiven for thinking that DSLRs are dead in the water, what with the leading camera manufacturers throwing much of their development weight behind mirrorless – and those manufacturers include Nikon.

However, in September 2019, Nikon announced that the Nikon D6 was in development, just in time for the Olympic Games in 2020. Its predecessor, the D5, was announced all the way back in January 2016, but these kind of camera behemoths don’t tend to be as updated as frequently as cheaper and mid-range offerings.

2019 marks the 20th anniversary of the Nikon single-digit D series, which launched in 1999 with the Nikon D1, and the company promises that the D6 will be “the most advanced digital SLR to date”.

At the moment, we don’t have any official specifications – just the knowledge that the camera is coming – but we can engage in a fair amount of speculation based on what we think is likely to appeal to professional photographers four years on from the D5.

Many may wonder why the D6 is even in development – after all, why not just go full pelt with a highly-specced pro mirrorless model, such as the Sony A9 (and the upcoming Sony A9 II), and get out of the top-flight DSLR game altogether?

Well, one reason is that if you’re a seasoned pro you’re likely to already have a kitbag packed full of Nikkor DSLR lenses – it’s one thing asking pros to splash the cash on a new body, but an entirely new kit? That’s a tougher challenge. Give it another five years though, and pros might be more willing to make the leap.

For now, what can we expect the Nikon D6 to include?

We haven’t heard anything about an exact – or even rough – date, but given that the Olympics will be starting in Tokyo towards the end of July 2020, we’d expect the launch date to be a few months before that to give pros chance to get hold of, and get used to, the new model. An obvious candidate for a launch event would be the Japanese CP+ camera show, which takes place every year in February.

Although we know that there’s a Nikon announcement coming before the end of 2019, it seems unlikely that we’ll see the D6 before the new year.

Again, we have no concrete information on the D6’s sensor specifications, other than the fact that it’ll be full-frame.

The D5 uses a 21.3 million-pixel CMOS sensor, and Nikon will surely go for a higher-resolution one. Rumors suggest the impending Sony A9 II will have a 36-megapixel sensor, and given that Nikon models often use Sony sensors, it would make sense for the D6 to also go down that route.

On the other hand, Nikon may feel that keeping the resolution on the low side will appeal to sports photographers rattling off lots of frames. News and sports photography rarely requires super-high resolutions, and having a higher-resolution sensor would make it more difficult – though not impossible – for frame rates to be boosted beyond the current 12fps which the D5 offers.

The Nikon D5 was the first Nikon DSLR to be capable of recording high-definition 4K/UHD movies in-camera, and we can expect the D6 to build on that – professional shooters are increasingly being asked to supply video content as well as stills.

Perhaps we’ll see 6K recording capability make its debut with the D6 – perfect for capturing those 100m finals – while we’ve also seen other manufacturers hint that 8K will be ready for the Olympics; if Nikon was to jump on board with that kind of technology in the D6, it’d be mighty interesting.

Nikon was kind enough to supply a small picture of the impending D6 in its development announcement. It’s presumably a mock-up, rather than a final rendering, and it looks pretty much exactly like the D5, but with a 6 in place of the 5 in the name.

It would come as no surprise to see Nikon keep to a very similar form factor as the D5’s for the D6 – after all, expecting pros to get used to a drastically new way of working is a big task. The square shape of the D5 allows it to incorporate a battery grip for extended battery life, and we expect the D6 to blow its mirrorless rivals out of the water for longevity by doing the same thing.

Also announced as being in development at the same time as the D6 was a new 120-300mm f/2.8E FL ED SR VR telephoto lens, which looks set to be a bit of a beast – the Nikon D6 will have to be large enough to balance well with such lenses, which are popular with sports and wildlife shooters.

Given the popularity of mirrorless models, it would make a lot of sense for Nikon to incorporate some of the features we’d more commonly associate with mirrorless cameras into the D6.

There is of course a limit to what those features might be, thanks to a pesky thing called physics, but there’s every possibility that we might see improved in-body image stabilization, plus a new silent shooting mode for those quiet moments (something which has proved incredibly useful and popular on the Sony A9).

We’d also expect to see an improved autofocus system on board. It’s not like the D5 was a slouch, but perhaps Nikon could bring over the on-sensor PDAF (phase detection autofocus system) from its Z-series cameras to enable better live-view autofocus.

Dual memory card slots are pretty much a given. The Nikon D5 can be bought with either 2x XQD slots, or 2x CF slots, but Compact Flash is pretty old hat now, so we’d expect the D5 to be equipped with slots for two CFExpress memory cards (which are the same size and shape as XQD cards), with backwards compatibility for those who already have a stack of XQD cards in their possession.

New dual Expeed processors will likely feature, and we may even finally see the appearance of Wi-Fi on a top-of-the-line pro DSLR. Nikon has previously claimed that it wasn’t possible to include Wi-Fi inside the thick, sturdy bodies of its professional-level cameras, but not having this feature would make a camera launched in 2020 feel extraordinarily outdated – hopefully Nikon can come up with a solution.

So that’s about all we have on the Nikon D6 for now – a set of educated guesses. We’ll update this page regularly as more rumors begin to appear, so stay tuned.