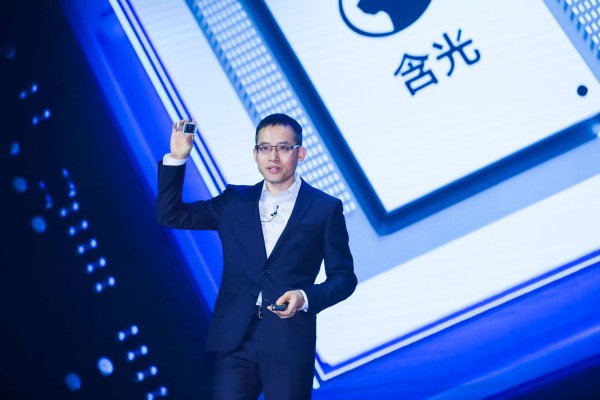 As an example of what the chip can do, Alibaba said it usually takes Taobao an hour to categorize the one billion product images that are uploaded to the e-commerce platform each day by merchants and prepare them for search and personalized recommendations. Using Hanguang 800, Taobao was able to complete the task in only five minutes.

Alibaba is already using Hanguang 800 in many of its business operations that need machine processing. In addition to product search and recommendations, this includes automatic translation on its e-commerce sites, advertising and intelligence customer services.

Though Alibaba hasn’t revealed when the chip will be available to its cloud customers, the chip may help Chinese companies reduce their dependence on U.S. technology as the trade war makes business partnerships between Chinese and American tech companies more difficult. It can also help Alibaba Cloud grow in markets outside of China. Within China, it is the market leader, but in the Asia-Pacific region, Alibaba Cloud still ranks behind Amazon, Microsoft and Google, according to the Synergy Research Group.

Hanguang 800 was created by T-Head, the unit that leads the development of chips for cloud and edge computing within Alibaba DAMO Academy, the global research and development initiative that Alibaba is investing more than $15 billion in. T-Head developed the chip’s hardware and algorithms designed for business apps, including Alibaba’s retail and logistics apps.

In a statement, Alibaba Group CTO and president of Alibaba Cloud Intelligence Jeff Zhang (pictured above) said “The launch of Hanguang 800 is an important step in our pursuit of next-generation technologies, boosting computing capabilities that will drive both our current and emerging businesses while improving energy-efficiency.”

He added “In the near future, we plan to empower our clients by providing access through our cloud business to the advanced computing that is made possible by the chip, anytime and anywhere.”

T-Head’s other launches included the XuanTie 910 earlier this year, an IoT processor based on RISC-V, the open-source hardware instruction set that began as a project at U.C. Berkeley. XuanTie 910 was created for heavy-duty IoT applications, including edge servers, networking, gateway and autonomous vehicles.

Alibaba DAMO Academy collaborates with universities around the world that have included U.C. Berkeley and Tel Aviv University. Researchers in the program focus on machine learning, network security, visual computing and natural language processing, with the goal of serving two billion customers and creating 100 million jobs by 2035.