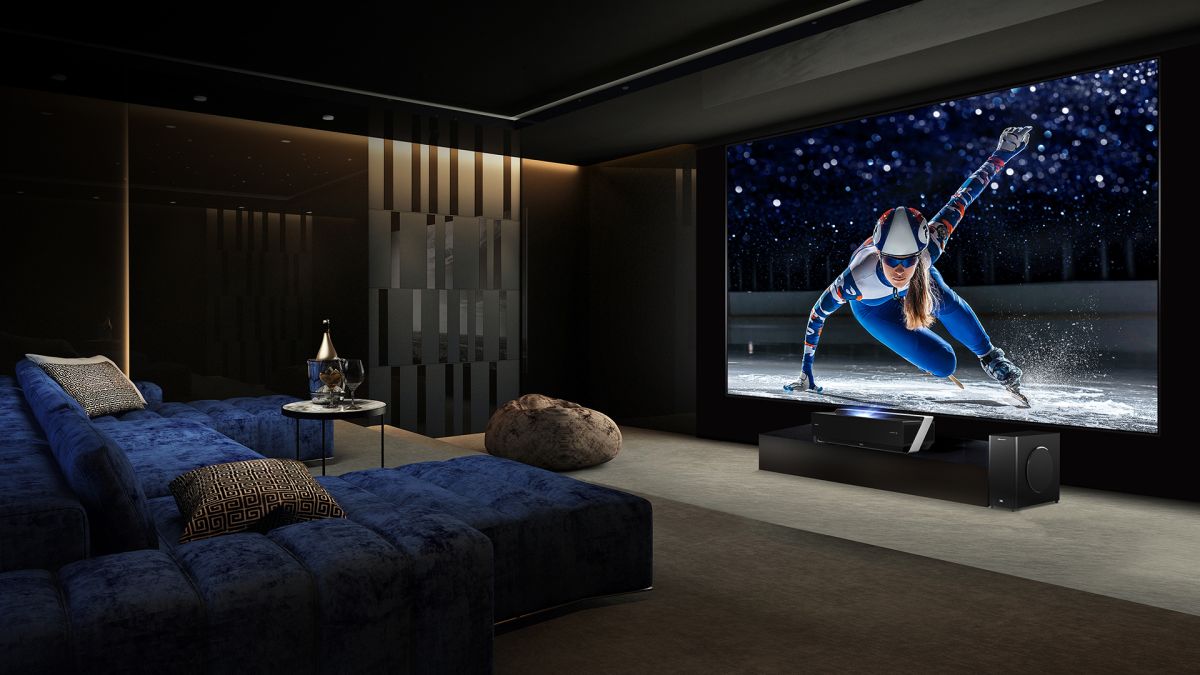 If you’re in the market for a massive living room screen, you’ll soon have a new option in Hisense’s 100-inch 4K Ultra HD Smart Dual Colour Laser TV with HDR, which is set to arrive in Australia at the end of September.

Despite being referred to as a ‘television’ in the product’s name, Hisense’s Laser TV is actually a short-throw projector unit which is designed to sit around 20-30cm away from a lightweight 100-inch screen, which can be hung from a wall without any cabling whatsoever.

Hisense’s Laser TV also boasts MEMC and ‘Smooth Motion Plus’ technology, which should make the unit ideal for gaming and sports watching.

Additionally, the projector comes equipped with a built-in digital TV tuner and access to a huge variety of apps, allowing viewers to stream the likes of Netflix, Stan, YouTube and more.

In terms of audio, Hisense promises bigger, better sound than the usual projector setup, with the JBL Cinema Sound-powered unit making use of dbx-tv enhancement technology and an included wireless subwoofer.

Priced at an RRP of AU$19,999, it don’t come cheap though. Hisense’s 4K Dual Colour Laser TV will be available nationally at the end of the month from JB Hi-Fi, Harvey Norman and The Good Guys stores.

If you’re situated in the metro areas of VIC, NSW, QLD, SA and WA (that is, within 25km of the store of purchase), you’ll also receive free delivery and “white glove” installation.