Entrepreneur First, the ‘talent investor’, to launch in Toronto, Canada early next year 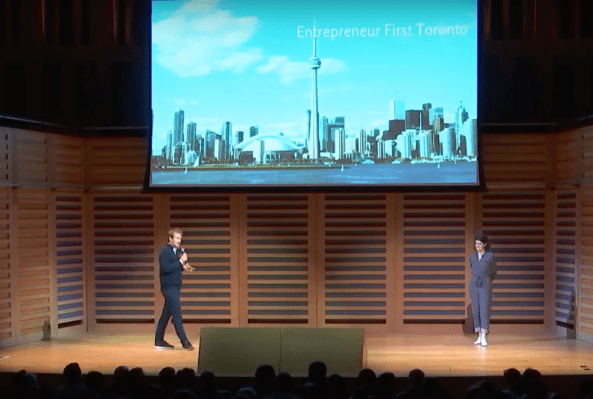 Entrepreneur First (EF), the London-headquartered “talent investor” that recruits and backs individuals pre-team and pre-idea to enable them to found startups, has announced its plans to expand to Canada.

The new Canadian outpost, due to launch in early 2020, will be in Toronto and follows EF’s $115 million first closing of a new fund in February.

At the time of the fund announcement, the talent investor/company builder said it would use the capital to continue scaling globally — specifically, enabling it to back more than 2,200 individuals who join its various programs over the next three years.

This, we were told, should amount to around 300-plus venture-backed companies being created, three times the number of startups EF has helped create since being founded by McKinsey colleagues Matt Clifford and Alice Bentinck all the way back in 2011. Clearly, setting up shop in Toronto is part of the plan to achieve this.

Often – mistakingly – described as an accelerator, EF stands out from the many other startup programmes because of the way it backs individuals “pre-team, pre-idea”. This means that participants typically find their co-founder and found their respective companies on the programme, and that these startup may never have seen the light of day without EF.

It’s a new type of venture model that appears to be working so far — measured both in terms of exits and follow on funding — although question marks remain with regards to how scalable it can be, given that what works in one city and ecosystem with one set of EF staff may not be entirely replicable in another. Or, as one VC put it to me, “there’s only one Matt and Alice”.

With that said, others, such as Greylock partner and co-founder of LinkedIn Reid Hoffman, are convinced EF can scale. Greylock is an investor in EF and Hoffman previously told TechCrunch he can see there being between 20-50 cities “where Entrepreneur First is integral to creating a set of interesting tech companies in those areas.”

Cue a statement from Matt Clifford: “By launching a programme in a third continent, we’re a step closer to achieving our goal of giving the world’s most ambitious individuals the tools to build a company wherever they happen to be… Toronto is one of the fastest growing tech ecosystems in North America in terms of capital and talent, and the city represents a great opportunity for EF to encourage the next generation of ambitious founders.”