iFixit has disassembled Apple’s new iPhone models, which tells us more about the differences with last year’s phones. iFixit shot a live-stream video of the iPhone 11 Pro teardown and wrote a guide for the iPhone 11 Pro Max.

On the iPhone 11 Pro Max, the device is .4 mm thicker and the screen is .25 mm thinner. As John Gruber expected, dropping 3D Touch from the iPhone lineup makes the screen slightly slimmer. 3D Touch required an additional layer under the display to register pressure on the screen.

That might feel like a tiny difference, but it frees up some space for the battery. The iPhone 11 Pro and iPhone XS have the same single-cell L-shaped design. But the Max version has been updated to use the came single-cell design instead of two cells.

The result is that the iPhone 11 Pro Max now has a 3,969 mAh battery compared to a 3,179 mAh battery in the iPhone XS Max. It represents a nearly 25% year-over-year improvement for the Max battery.

Those hardware refinements combined with a more efficient A13 system-on-a-chip create some significant battery life improvements for the user. Apple claims that the iPhone 11 Pro and iPhone 11 Pro Max last up to 4 hours and 5 hours longer respectively compared to the previous generation. 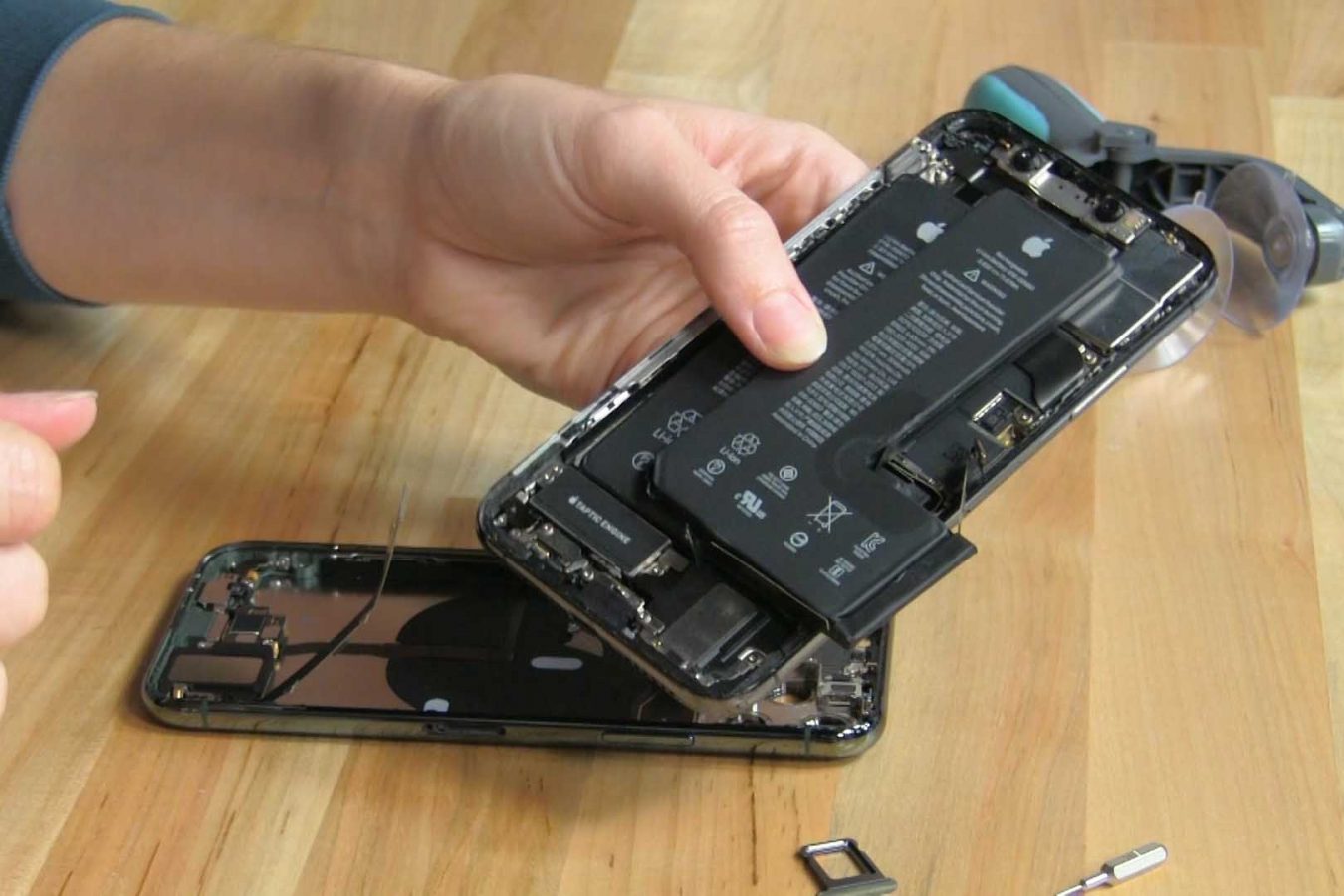 In other news, the camera module is much bigger in this year’s new device (as expected). Apple managed to put a third camera by reducing the size of the logic board.

The logic board has the same dual-layer design that was first introduced with the iPhone X. It’s like a club sandwich of chips. Even though Apple and Qualcomm has settled its multi-billion-dollar lawsuits, the modem in the iPhones 11 Pro is still manufactured by Intel.

When it comes to things that we don’t know yet, iFixit couldn’t figure out how much RAM there is — Steve Troughton-Smith believes there might be 2GB of RAM dedicated to the camera that you wouldn’t notice on benchmarks.

Similarly, there are now two battery connectors instead of one. It’s hard to say for sure that the second connector has been added for bilateral wireless charging — it could be there for many different reasons. Rumor has it that Apple wanted to add reverse wireless charging but canned the feature at the last minute.

Overall, iFixit gives a repairability score of 6 out 10. The iPhone XS models also got a 6 out of 10 rating.