Fortnite is celebrating Batman Day with a caped crossover event 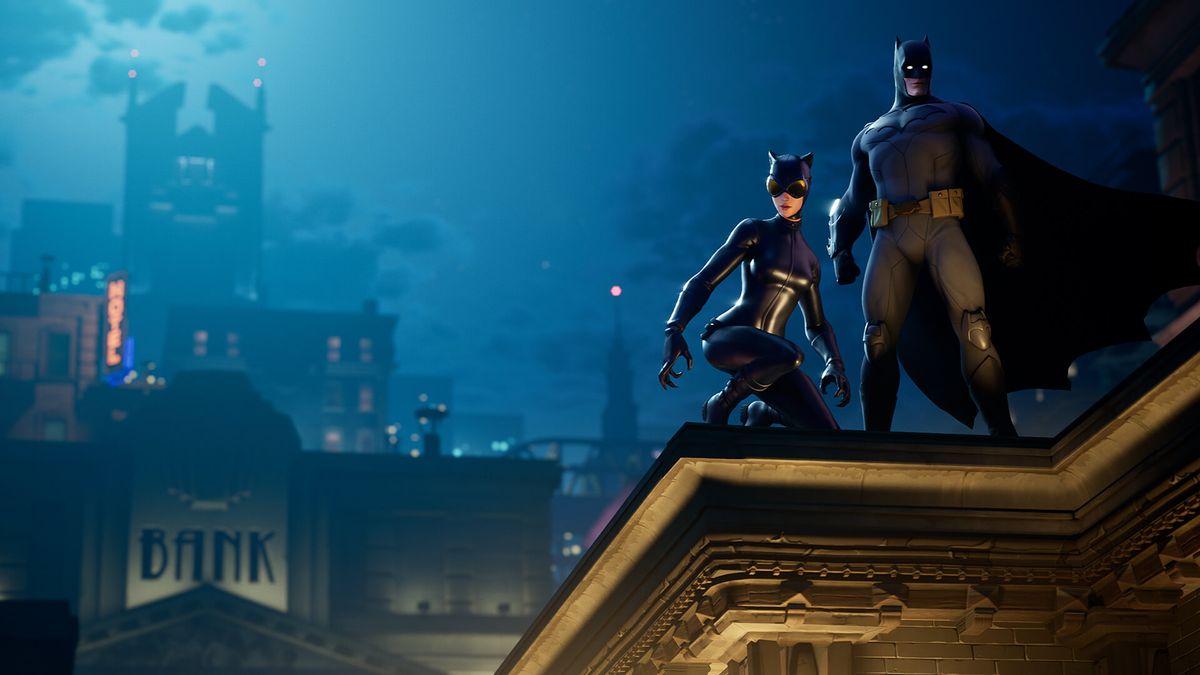 It’s the 80th anniversary of Batman and to celebrate Fortnite creator Epic Games has announced a caped crossover.

With a blog post and a video announcement, Epic Games confirmed that the long-rumored event will run until October 6 and will see the Rift Zone transform Tilted Towers into Gotham City.

Aside from this themed location, the Batman crossover will also see players given their very own Batman cape and the power of Glider Redeploy so they can play from heroic heights without a worry.

As far as Batman-themed items are concerned, the game will introduce the Batman Grapnel Gun and the Explosive Batarang.

With the Grapnel Gun, available only in Mythic variant, players will be able to fire it and then launch themselves towards the point of impact, with the bat cape providing a little more control and distance for landing.

The Explosive Batarang, also in Mythic variant, is a touch more destructive. When this is thrown, it will home in on your opponents and explode when it gets close to them. If you miss a person and hit an object instead then the Batarang will stick and behave like a proximity mine, waiting until someone comes near to explode. It’s worth pointing out that eagle-eyed opponents can actually pick up a Batarang stuck to an environment and disarm it for a return throw.

The Fortnite store is also celebrating with a Batman Caped Crusader pack which will include two outfits among other themed items. There are individual items available for purchase too, including a Catwoman suit.

Outside of the cosmetics, Fortnite will be starting up some Batman-inspired heroic Challenges which will be available until October 1 and the chance to earn free rewards from the Welcome to Gotham City bundle.