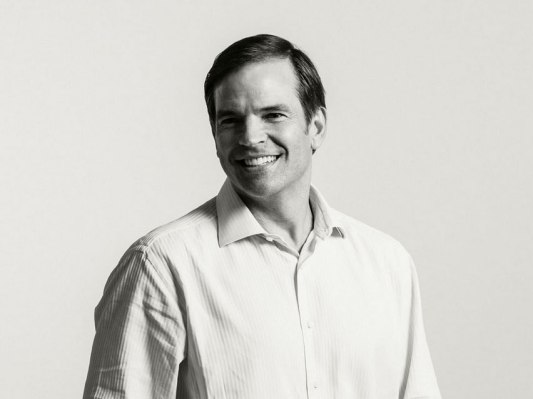 Three-and-a-half years ago, a lawsuit hit the San Mateo, Ca. county courthouse that briefly attracted the attention of the worldwide venture capital community given its salacious nature. The defendant: longtime VC Michael Goguen, who’d spent 20 years with Sequoia Capital in Menlo Park, Ca. The plaintiff: a former intimate who described him through the filing as a “worse predator than the human traffickers.” She said in the filing that she would know, having become a “victim of human trafficking” at age 15 when she was “brought to America in 2001,” then “sold as a dancer to a strip club” in Texas, which is where she says first encountered Goguen.

What she wanted from the lawsuit was money that she said was owed to her by Goguen: $40 million over four installments that the lawsuit stated were for “compensation for the sexual abuse and [a sexual] infection she contracted from him.” According to her suit, Goguen agreed to these terms, paying Baptiste a first installment of $10 million before refusing to make further payments.

At the time, Goguen called the allegations “horrific” and suggested Baptiste was a spurned lover, saying they’d had a “10+ year romantic relationship that ended badly.” He also filed a cross complaint alleging extortion.

Today, that cross complaint lives on, but Baptiste’s case against Goguen was just dismissed by arbitrator Read Ambler, a retired judge who served 20 years with the Santa Clara County Superior Court and who wrote in a ruling filed yesterday in San Mateo that Baptiste’s failures to undergo medical examinations doomed her case, as did her failure to produce documents necessary in the discovery process.

“The record presented further establishes that Baptiste’s’ failures were willful,” Ambler writes. “Baptiste appears to believe that the information responsive to the discovery at issue is either not relevant, or with respect to the medical examinations, not permitted by law. While Baptiste is free to believe what she wants to believe, the orders are binding on Baptiste, and her failure to comply with the orders is unacceptable.”

Baptiste doesn’t currently have legal representation, though four sets of lawyers have represented her over time.

Patricia Glaser, a high-powered attorney who took on Baptiste’s case originally (and later agreed to represent Hollywood producer Harvey Weinstein), asked to be relieved from the case five months later, citing “irreconcilable differences.” More recently, an L.A.-based couple that operates the Sherman Law Group in L.A. filed a motion to be relieved as Baptiste’s counsel, citing “irreconcilable differences and a breakdown in communication.”

Goguen’s attorneys say he will continue to pursue his counterclaims against Baptiste and looks forward to “complete vindication.”

Though Ambler never remarked on the merits or Baptiste’s claims, Goguen’s attorney Diane Doolittle further said today in a statement that: “Amber Laurel Baptiste’s sensationalized lawsuit against Silicon Valley venture capitalist Michael Goguen collapsed under the weight of its own falsehood yesterday, when a judge dismissed the case because of Baptiste’s repeated, egregious and willful misconduct. Over the course of this case, Baptiste perjured herself, concealed, destroyed and falsified key evidence, and demonstrated her contempt for the legal system by systematically violating numerous court orders.”

Baptiste’s lawsuit against Goguen prompted Sequoia to part ways with him almost immediately. Later the very day that TechCrunch broke news of the suit in 2016, a Sequoia spokesman told us that while the firm understood “these allegations of serious improprieties” to be “unproven and unrelated to Sequoia” its management committee had nevertheless “decided that Mike’s departure was the appropriate course of action.”

Goguen, who sold an $11 million home in Atherton, Ca., in 2017, has spent much of his time in recent years at another home in Whitefish, Montana, where he has seemingly been wooing locals. An August story about Goguen in The Missoulian about a separate case describes him “known locally for philanthropic ventures.”

Continues the story: “Such donations have funded Montana’s Internet Crimes Against Children Task Force and a Flathead group teaching girls to code. Two Bear Air, his northwestern Montana search and rescue outfit free to anyone who has needed it, has performed well over 500 missions and 400 rescues, according to executive director and chief pilot Jim Pierce. Goguen has personally completed 30 rescues, the Daily Inter Lake reported in February. The Flathead Beacon reports he was honored with the Great Whitefish Award earlier this year.”