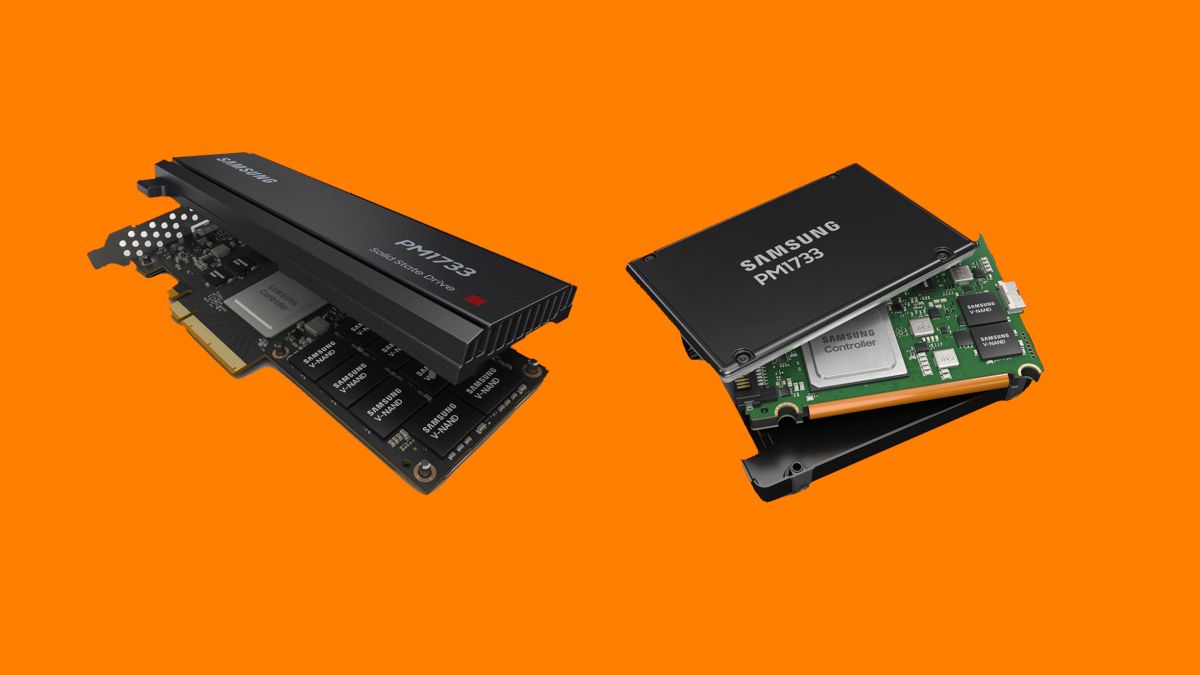 Samsung’s solid-state drives (SSDs) are about to get a lot faster. The company already has some of the best SSDs on the market, and it’s introducing two new SSD series that will take advantage of the new PCIe 4.0 interface for dramatically increased throughput.

The new Samsung SSDs are called PM1733 and PM1735 for now, and between them will introduce 19 new SSD models. They’ll come in two form factors: PCIe add-in card and 2.5-inch U.2 types. Between those two styles, they come in storage capacities ranging from 0.8TB (or 800GB) on the lowest end up to 30.72TB on the highest end.

The new speeds offered by PCIe 4.0 came alongside AMD’s Ryzen 3000 CPUs. We saw Gigabyte’s Aorus brand launch an SSD to take advantage of the new connection, and it offered sequential read and write speeds of 5,000MB/s and 4,400MB/s. That trounced the Samsung 970 Evo Plus‘s read/write performance at 3,500MB/s and 3,300MB/s via PCIe 3.0.

But, Samsung’s new SSDs can go even faster still. Samsung claims sequential write speeds on all of the new drives at 3,800MB/s. But, read speeds jump higher. For the U.2 drives, Samsung says they can hit 6,400MB/s, while the card-type drives fly at 8,000MB/s in sequential reads.

Other technologies at play

Unfortunately, performance like that is going to come at a high price, and these SSDs will most likely fit in enterprise and business environments. Samsung sees them applicable in servers, and the high sequential speeds have more to offer the likes of video editors than typical computer users.

To that end, Samsung has introduced some special feature that make the new SSDs better suited to workplaces. The new drives will feature a ‘fail-in-place’ technology that keeps them running even when a NAND chip on the drive dies. With the SSD copying over what data it can to other free space on the drive.

Samsung also has implemented virtualization technology on the drives to allow them to create up to 64 smaller SSDs for virtual workspaces. And, because no new technology can feel as new without AI, Samsung has incorporated machine learning to improve the reliability of the drives.

Samsung did not mention a date for commercial availability. Nor did Samsung mention when general consumers might see these innovations in SSD speed and reliability.