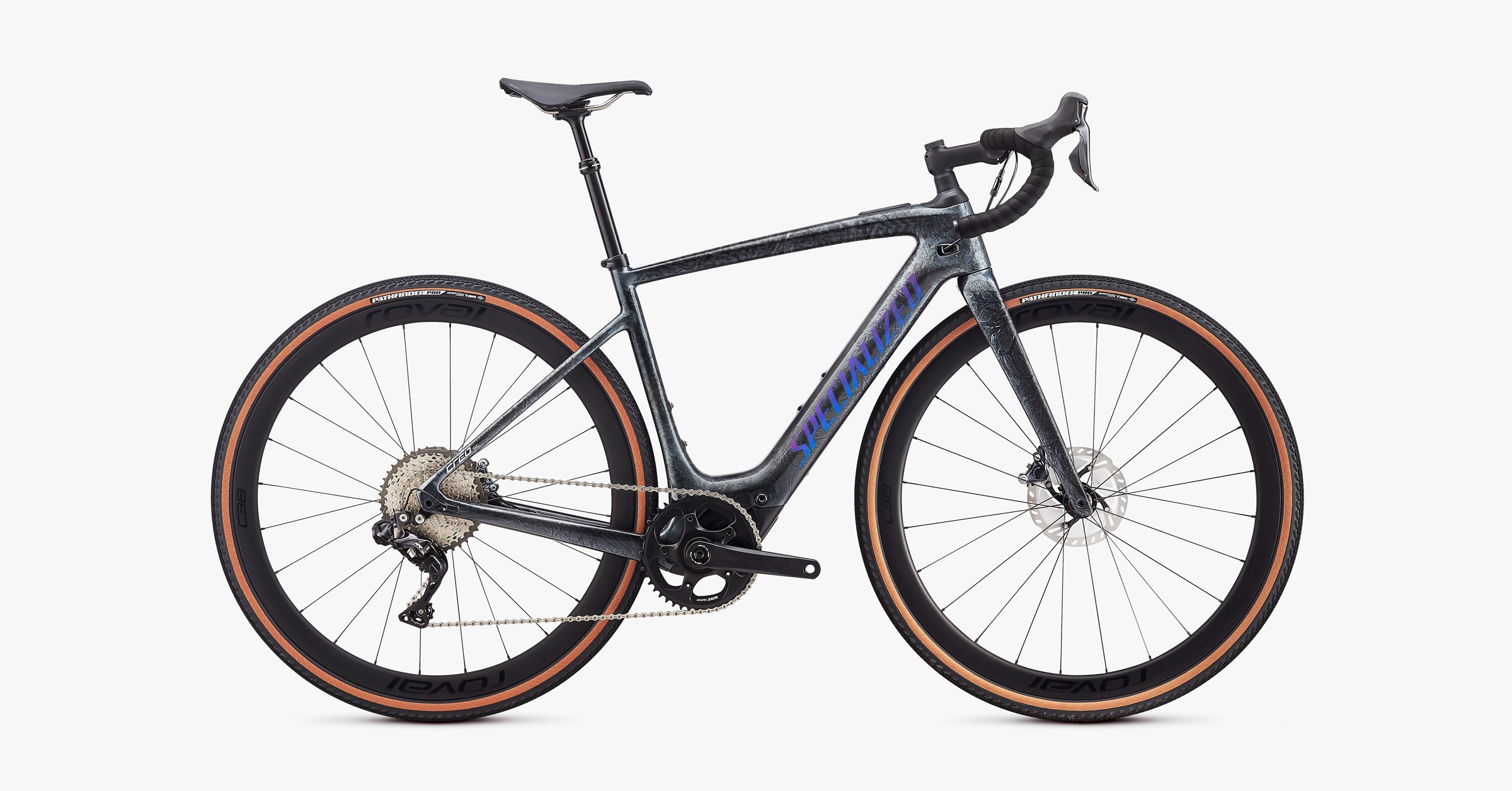 My initial reaction to Specialized’s new electric gravel bike was an eye roll. It was early June, and I had just finished sweating profusely under the sweltering Kansas sun while puttering along in the Dirty Kanza 100 gravel race. I was slow, but I was proud of my effort and suspected that an electric bike with 120 miles of motor-assisted range might not sit well with the self-sufficient gravel-riding community.

Then I rode the Turbo Creo SL Expert Evo into a 20 mph headwind for more than 20 miles, and I began to see the wisdom in Specialized’s new gravel e-whip. If there’s one thing I fear as much as modern technology hijacking my humanity, it’s a relentless gale that makes me feel powerless and insignificant in the universe. While it’s nice to have a machine improving my mental state in a headwind, Specialized is more likely tracking the NPD Group’s 2018 Bike Class Performance statistics, in which gravel and ebikes experienced exponential growth—$20 million and $60 million respectively—in sales over the previous year. Other categories, like kids’ bikes, lifestyle, and road-sport performance bikes, experienced substantial declines.

This gravel version of the bike is impressively light for an electric. At 29.7 pounds, it’s not the lightest in the Creo fleet—that would be the Evo’s roadie cousin, the 26.8-pound S-Works Creo SL. But the Evo’s components keep the weight down: a Fact 11R carbon frame; a magnesium-housed battery integrated into the frame; carbon disc wheels; and a 4.2-pound motor, which cranks out 240 watts to top out at the speed limit of 28 mph mandated in the US. Its three pedal-assist modes, Eco, Sport, and Turbo, can be micro-adjusted to fit individual riding styles via Specialized’s Mission Control App, but the “Turbo Connect” interface on the top tube displays everything you need to know: power on or off, bars of battery life, and ride mode.

In a textbook display of cosmic irony, the day the Evo arrived, a massive thunderstorm rolled through and cut the power at my cabin. The outage lasted until dawn, making it impossible to charge the bike overnight. But when the power came back, the bike charged as quickly as Specialized promised. In less than three hours, I had 80 miles of built-in range, plus an additional 40 miles with the charged Range Extender, a supplemental battery that fits into the water bottle cage. By mid-morning, my boyfriend Brian and I were back in business.

Immediately after we began our ride on a gradual uphill, the Evo took off, leaving Brian, a veteran ultra-gravel racer, in the dust. Beyond its obvious muscle power, the bike’s superlative engineering made it smooth to ride with the near-silent whirr of the motor, easy shifting of the 1x Shimano Ultegra Di2 group (the bike has an XT rear derailleur and an 11-42t cassette), and a dropper seat post that makes downhills more comfortable. The 38-mm Pathfinder Pro tires ate up the sharp gravel without puncturing, and, unlike every other ebike I’ve tried, the Evo felt light enough so that if I did run out of juice, I could pedal it home with relative ease.

As the Evo sliced through the headwind, I felt superhuman, sort of like the days in my twenties when I mistakenly believed that my body was indestructible. But I still had a few mortal moments: My left hand went numb even when the bumps were softened a bit by Specialized’s updated Future Shock 2.0, a coil system between the head tube and stem with 20 mm of adjustable travel. And my knees felt torqued, perhaps a result of the wide 181-mm Q factor (the distance between the pedal attachment points on the crank arms) and the heavier load to pedal when the motor is off or in Eco mode. Finally, because the bike has to adhere to a maximum speed limit, it felt slower than it should while pedaling at top speed, which seemed incongruent with how sleek and fast it could be (or is in countries other than the US).

Minor quibbles aside, the Evo is beautifully engineered and a joy to ride—a consensus Brian, I, and another cyclist friend came to after testing it in multiple conditions. While I suspect the proudly self-sufficient gravel crowd will be slow to embrace an ebike category at races in the near future, there are many other applications. It makes sense for cyclists who have a rugged daily commute, cyclists who want to pace (or beat) a ride partner who is faster and stronger, cyclists who want to relive the seamless power of their youth, and cyclists with unrestricted cash flow who want a fun toy that doubles as art. Yes, art: The Evo’s psychedelic paint job sparkles and shimmers in the sun like an irresistible siren.