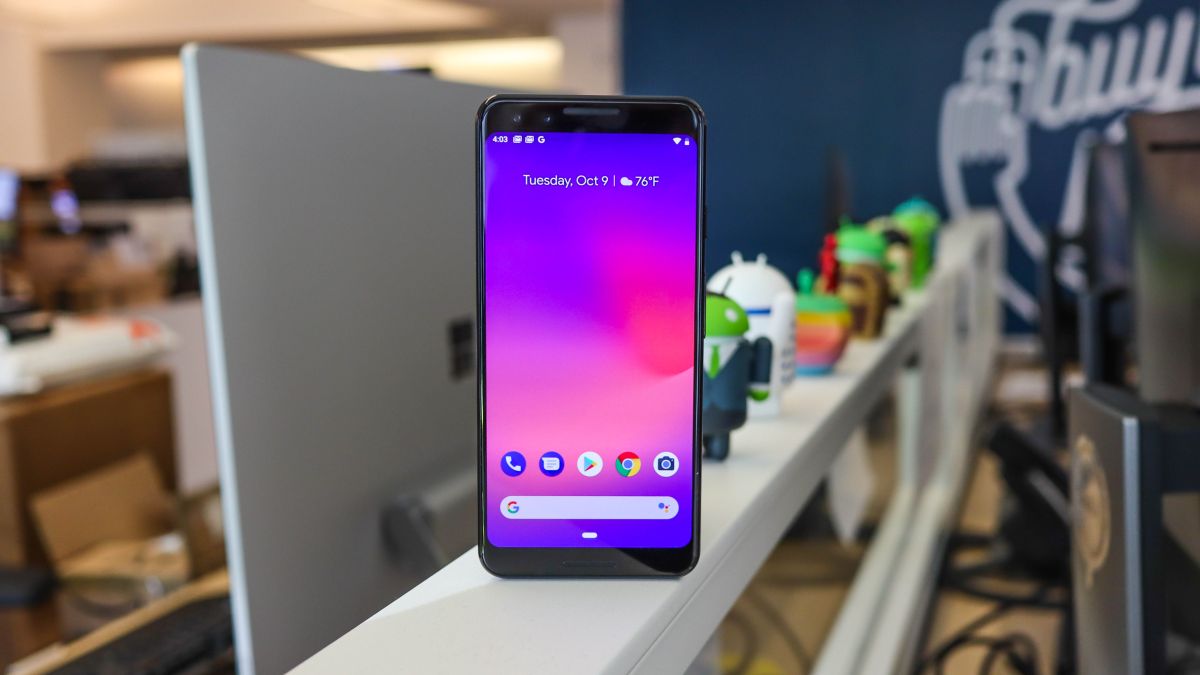 The Google Pixel 4 leaks are coming faster and faster, and there’s a new one for the larger Google Pixel 4 XL today allegedly showing the upcoming smartphone from the top, bottom and side to side – almost a complete picture of the device.

This leak comes courtesy of Twitter user Sudhanshu Ambhore (@sudhanshu1414) and originally spotted by MSPowerUser. The tweets purport to show the Pixel 4 XL within and beside transparent cases.

This leak lines up with previous ones … mostly. It does indeed show off a square triple-camera housing in the upper left of the back – a serious departure for the single-rear-lens Google Pixel line – and much thinner side bezels, as well as an apparent ditching of the notch by returning to a simple blacked-out top bezel.

The differences? The previous Google Pixel 4 XL leak – our first potential look at the phone – showed off dual front-facing cameras clustered to the left of a central speaker. The new leak has them on either side of presumably where a central speaker would be (there isn’t one visible in the render). Plus, there’s an extra small aperture to the right of the rear camera’s flashlight, too small to be a lens, that could be a “spectral sensor” for low-light photography, PhoneArena theorizes.

They’re intriguing divergences since we can only speculate which one is closer to the truth, especially since Google’s own teasingly cropped reveal of the Google Pixel 4 doesn’t help either case.

So, what does the new leak show?

Aside from supporting the overall shape and format we’ve seen in previous leaks, the new angles give us an idea of what features the Google Pixel 4 XL will – and will not – include.

Sadly, we only see a USB-C port at the bottom, so there’s not much hope for a 3.5mm headphone jack making a comeback after it surprisingly appeared in the midrange Google Pixel 3a. The port is also flanked by two grille ports – ostensibly for speakers – which means the new flagship may not have forward-facing audio (though, it could come in stereo from the top earpiece, as the iPhone XS does).

In any case, these are just preliminary renders, and a lot of details could be wrong in the final version. One thing’s for sure: your Google Pixel 4 cases are going to look funky with that big square cutout.